Guests at the opening ceremony. ​
​​
This unforgettable artistic journey through Paris features its magnificent roofs, and highlights the city’s metamorphosis from a dark, medieval city into the “City of Light”. 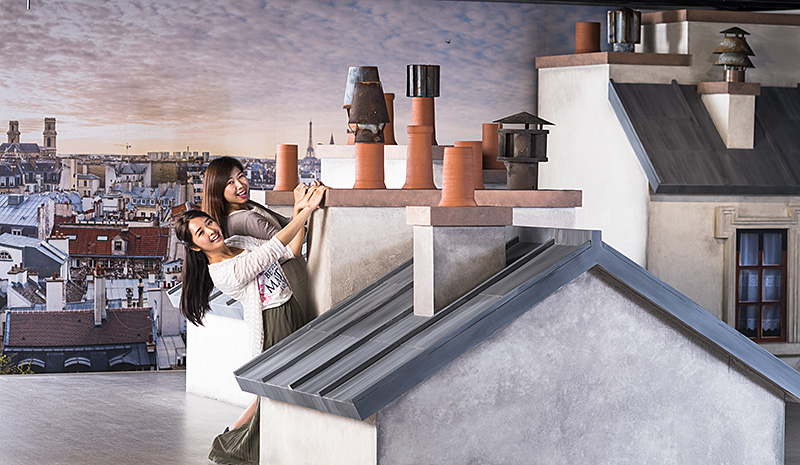 The exhibition will be held at CityU Exhibition Gallery.
​The more than 100 objects in “The Roofs of Paris” exhibition at City University of Hong Kong (CityU) transport viewers back through the ages, from the 18th century to the present. During this journey, they learn about the history, styles and cultural meanings of the Parisian roofs.

Organised in collaboration with Le French May, the exhibition will be held from 26 May to 23 July at CityU Exhibition Gallery (Gallery).

Officiating at the opening ceremony on 25 May were Mr Eric Berti, Consul General of France in Hong Kong and Macau; Professor Way Kuo, CityU President; Dr Andrew Yuen, Chairman of the Board, Le French May; and Mr Emmanuel Bréon, Curator of the Exhibition and Chief Curator of the Cité de l’Architecture et du Patrimoine.

“CityU wants to bridge technology with art through this highly creative exhibition. Art doesn’t stand alone. Nothing stands alone. At CityU, we want to continue to seek ways to integrate art with technology,” said Professor Kuo in his welcoming remarks.

Mr Berti thanked CityU for bringing such an exciting exhibition to Hong Kong. “This beautiful exhibition shows us how the cityscape of the French capital has been a source of inspiration and admiration throughout the years,” he said.​​​​​​ 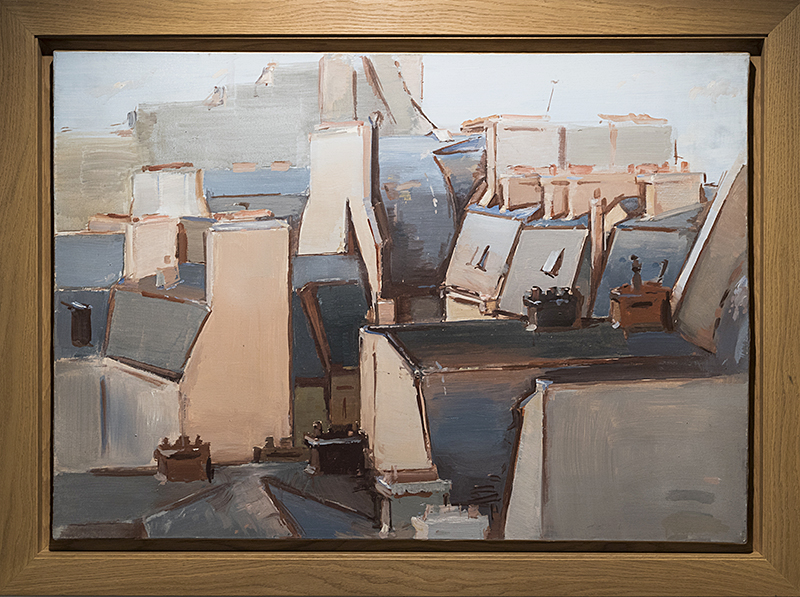 The oil painting Roofs by Jean Hélion in 1960
​The emblematic skyline of Paris comprises some of the best-known monuments in the world, from the Gothic towers of Notre-Dame Cathedral, and the dome of the Pantheon, to the Eiffel Tower. The Paris we so admire today, however, is largely the result of Baron Haussmann’s massive urban renewal project of the 19th century, which introduced major boulevards, uniform building styles and façades, new bridges, parks, and public spaces. The Paris cityscape has inspired some of France’s most famous artists, such as Victor Hugo, Emile Zola, Monet, Pissaro and Van Gogh, among others.

The roofs of Paris are such an important cultural heritage that they have been submitted as candidates for registration on the UNESCO World Heritage List.

The voyage at the Gallery begins with the older Paris, depicted in such notable artworks as 18th-century paintings of the city, early prints and drawings of famous monuments, and a magnificent model by the architect Viollet-le-Duc for the restoration of Notre-Dame’s spire. ​

A new media artwork: Map of Turgot: An Augmented Reality Installation
​At the turn of the 19th century, historic photos and documents help reconstruct the building of Galeries Lafayette’s celebrated department store and cupola. Paris rooftops continue to inspire artists throughout the 20th century, for instance in paintings and photographs by Willy Ronis and the painter Jean Hélion, both working in the mid-20th century; and this extends even into the 21st century with the work of the photographer Michael Wolf. The survey ends with a section explaining the craft of roofing, revealing the mastery required to build and restore this beautiful skyline through original objects, tools, films, and photographs.

CityU’s SCM has created the new media artwork Painting your City for this exhibition. The piece allows visitors to paint their own postcards with a digital paintbrush, and then send them out by email. Other new media artworks by SCM include: Map of Turgot: An Augmented Reality Installation, and Over the Sky of Paris.