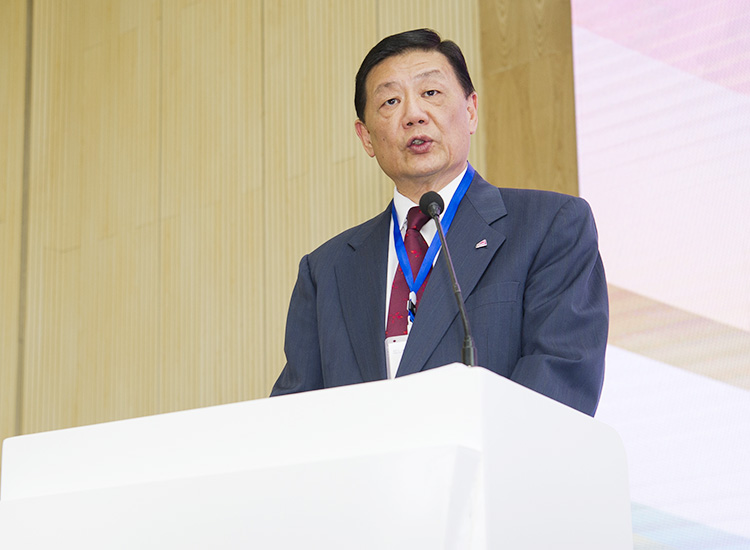 Mr Hu addresses guests at the ceremony.
In his remarks, Mr Hu said, “On the one hand, CityU can promote the development of the One Belt One Road initiative through our academic exchanges and policy research; and on the other hand, we can build on our strengths in innovative research to contribute to industry incubation and technology innovation for Chengdu and our country.”
In her speech, Ms Tian said, “The CPC Chengdu Municipal Committee and Chengdu Municipal Government will fully support CityUCRI and we hope that the Institute can participate more in innovation development in Chengdu in the future.”

Professor Kuo delivers a talk on soulware within higher education.
Professor Kuo pointed out that Chengdu was the base for innovation in China and that CityU had long recognised that it should start its collaboration here. “Besides technological research, the University and Chengdu can work together on a range of areas such as studies in culture, language and law as well as social and economic development.”
Also attending the ceremony were Ms Lori Liu, Mayor of Brisbane, California; Ms Pamela Lam Nga-man, Director of Hong Kong Economic and Trade Affairs, Chengdu, HKSAR Government; Professor Alex Jen Kwan-yue, CityU Provost; Professor Matthew Lee Kwok-on, CityU Vice-President (Development and External Relations); Mr Sunny Lee Wai-kwong, CityU Vice-President (Administration); deans and heads from CityU; and representatives of Shuangliu District Government.
Using CityU’s technology and human resources, CityUCRI will focus on applied research and industry service, targeting demand for societal development and industry advancement on the mainland. 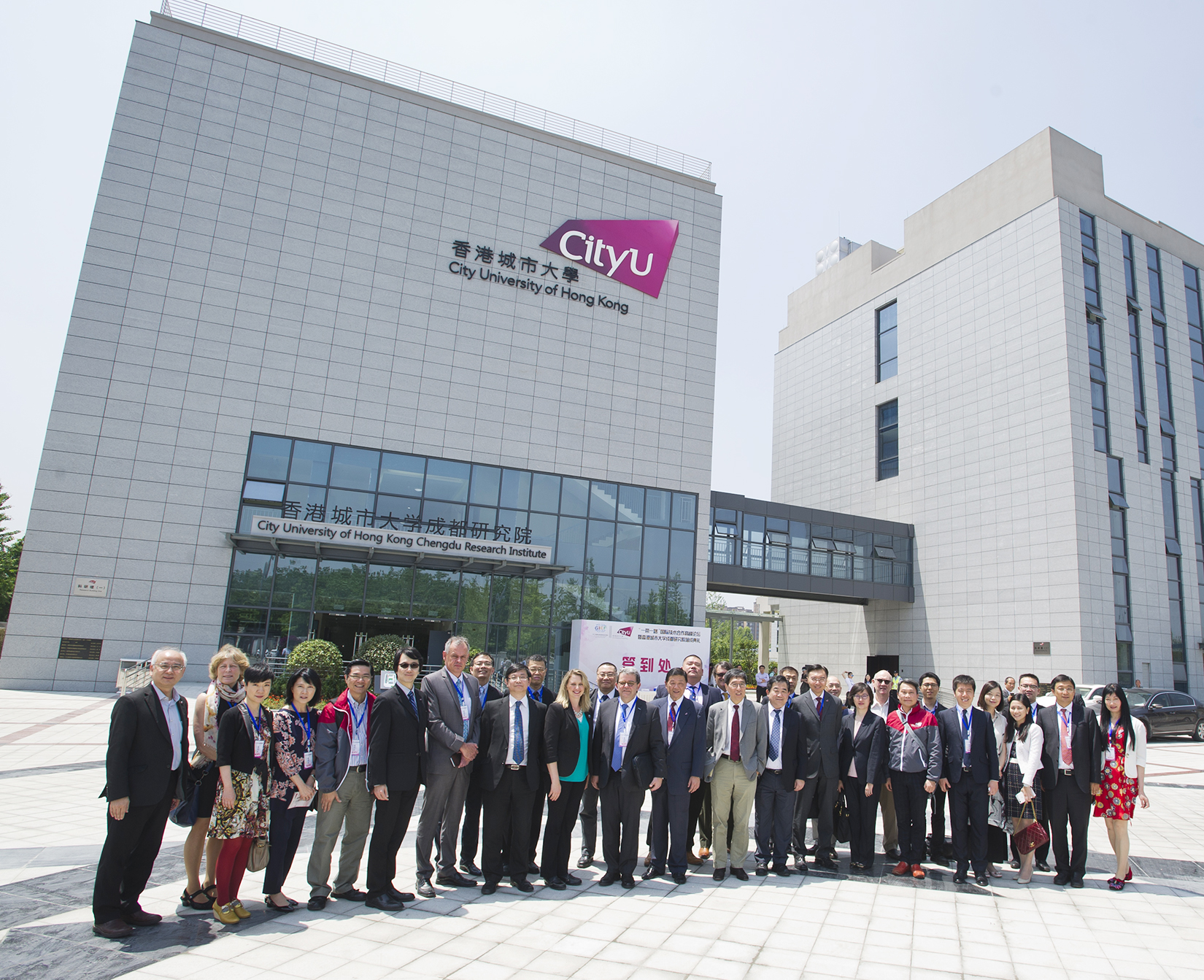 Senior management, deans and heads and representatives from various offices of CityU celebrate the inauguration.
CityU’s quality research outcomes, and the patented technology and intellectual property of global universities partnering with CityU, can then be integrated into building an internationalised technology transfer platform in the context of the rapidly growing China economy.
CityUCRI will also complement the CityU Shenzhen Research Institute by strengthening research capability regionally and nationally.
Agreements were signed at the ceremony to signify the commencement of six collaboration projects at CityUCRI. In addition, an MOU was signed by CityU, Ocean Park Hong Kong and the China Conservation and Research Centre for the Giant Panda. The aim is to facilitate exchanges among faculty and researchers and collaborations in research and training.
In conjunction with the inauguration ceremony, “The Belt and Road Forum for International Technological Cooperation of the 2017 Chengdu Global Innovation and Entrepreneurship Fair” was held, too. Professor Kuo shared his insights on “soulware” in higher education at the forum.
Other renowned speakers included Dr Ronan Stephan, Ms Lori Liu, and Mr Wang Meng, General Manager of the Cooperation Department, Techcode SME Service Company, Limited.
Situated beside Chuangke Park at Fengxiang Lake near Chengdu’s Shuangliu International Airport, CityUCRI covers an area of more than two hectares. The first phase of the construction has a gross floor area of 18,500 square metres, housing two research buildings, an academic building, and a conference centre.