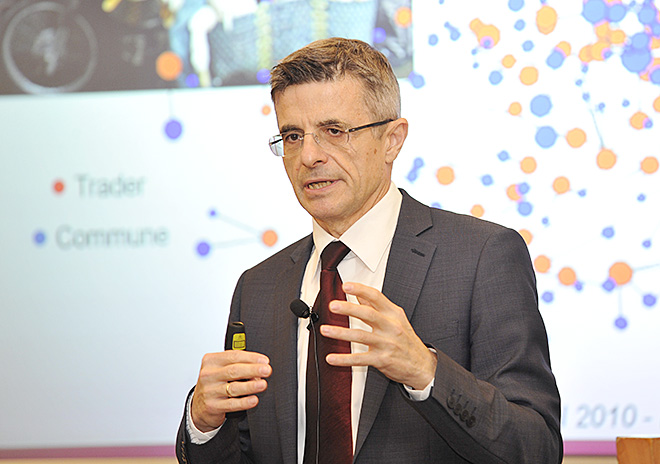 Since 1997 when the first human avian influenza cases were reported in Hong Kong, the virus has continued to spread to many parts of the world. Why does this continue to happen and how can it be stopped?
Human behaviour is the key to answering these questions, according to Professor Dirk Pfeiffer of the School of Veterinary Medicine at City University of Hong Kong (CityU).
In his 29 March talk “Birds, People and Avian Influenza”, the latest instalment in the President’s Lecture Series: Excellence in Academia, Professor Pfeiffer discussed the role of eco-social system complexity in the spread of avian influenza virus among wild birds, domestic poultry and humans.
“Understanding human behaviour is actually a very important part of approaching avian influenza,” said Professor Pfeiffer, Chair Professor of One Health and a veterinary epidemiologist whose research deals with animal disease control around the world.
While many people might think that culling or vaccination held the answer to stopping viruses such as H5N1, the influenza A virus subtype that has killed over half of the reported cases among humans since 2004, Professor Pfeiffer said social science research into areas such as economic drivers affecting the poultry trade and biosecurity within value chains needed to be better understood.
For example, Professor Pfeiffer reported that he frequently saw poultry traders without gloves handling live chickens in markets. The traders reported that their customers might worry that the poultry meat might be tainted if the handlers were wearing protective clothing. This meant that traders had an incentive not to wear gloves.
In addition, logistics within value chains gave strong indications as to how viruses might spread. Simply getting live chickens to the market involved a variety of transport methods, from motorbikes, vans, to ferries and trucks, each with varying degrees of hygiene, and workers with inconsistent levels of awareness about infections.
Another example of apparently irrational, or at least sub-optimum human behaviour, is the use of compensation to protect people working in the poultry trade against economic losses if the virus were to be present.
Offer too much, and workers might think that they would be better off if their chickens had the virus. Or, add too many regulations and famers might feel so economically insecure that they endeavour to circumvent new rules by possibly avoiding certain safety measures.
“The fact is humans drive the processes that can spread the viruses and so it is important that we address avian flu by influencing the way humans behave,” argued Professor Pfeiffer.
The speaker didn’t discount the importance of culling and vaccination, but neither method on its own was sufficient for tackling H5N1.
“With broader awareness, more surveillance and a clearer understanding of what motivates the people involved in the poultry trade, we can better tackle avian influenza.” 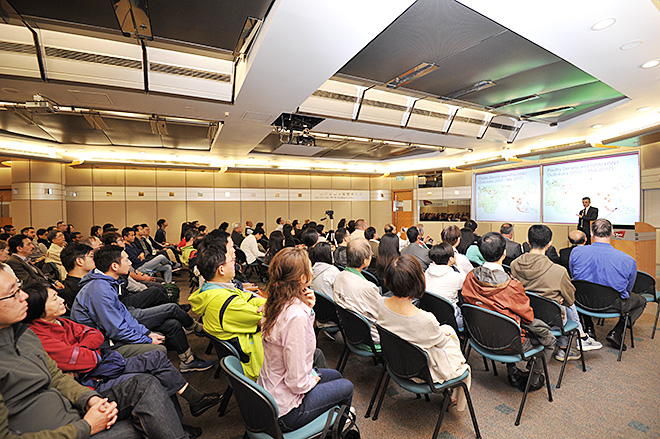