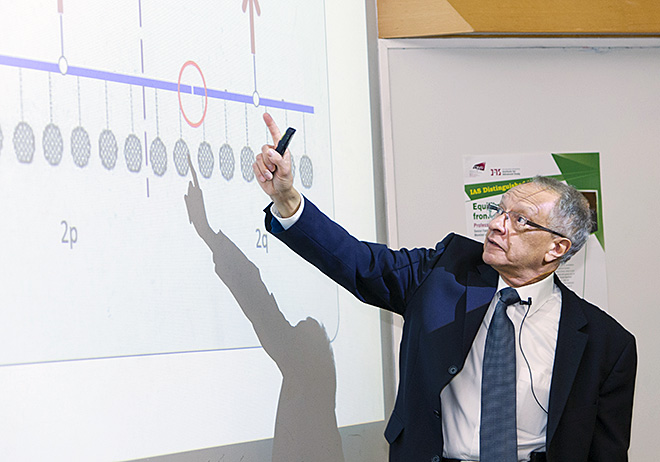 A distinguished scientist, Professor Jean Salençon, Member of the French Academy of Sciences and Senior Fellow at the Institute for Advanced Study (IAS) at City University of Hong Kong, delivered a distinguished lecture for IAS titled “Equilibrium and Forces: from Aristotle to Lagrange” on 22 March.
Professor Salençon said clarification of the paradox of equilibrium analysis gave way to the dual approaches and variational numerical methods that are commonly used in mechanics and other disciplines. However, one should not forget about the physical viewpoint in any mathematical model.
Professor Salençon is Honorary Professor at the École Polytechnique. He is also a Member (Emeritus) of the French Academy of Technologies, and a foreign Member of the Istituto Lombardo (Milano) and the Academia das Ciências de Lisboa (Portugal).