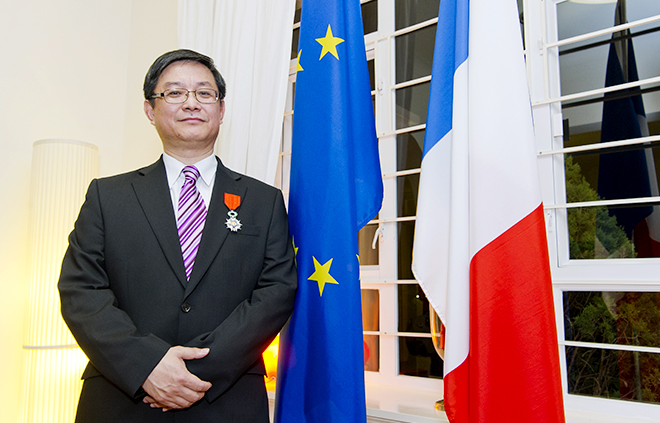 Professor Lu is awarded the Légion d’Honneur.
The French government has bestowed the Chevalier de la Légion d’Honneur on Professor Jian Lu, Vice-President (Research and Technology) (VPRT) and Dean of Graduate Studies at City University of Hong Kong (CityU) since November 2013.
The Légion d’Honneur is the highest national order led by the President of France who services as grand master of the order.
“This is a great honour for me,” said Professor Lu during a reception with family, colleagues and friends at the French Residence in Hong Kong on 7 February held to celebrate the award.
A fluent speaker of French with over 27 years of experience in academia in France prior to moving to Hong Kong, Professor Lu praised France for his egalitarian spirit and for its championing of freedom in the sciences and arts.
“I greatly appreciated the creativity and innovative spirit when I was studying and working in France,” he said. “With airbus, high speed train and its space industry as examples, French technology is among the best in the world and I benefited from the broad university education on offer. Although France is not considered as a country of emigration, France has always attracted worldwide talent such as Leonard da Vinci, Marie Curie and Pablo Picasso.”
Professor Lu was awarded the honour for his research excellence and his active action in promoting values associated with France and for promoting education and research between France, Hong Kong and China, according to Mr Eric Berti, Consul General of France in Hong Kong and Macau.
“Professor Lu is well known for his attachment to France,” said Mr Berti, noting that the CityU academic became the youngest professor to be promoted by the national committee in 1999 to the professorial rank of 1st Class in mechanical engineering in France when he was working at the University of Technology at Troyes. In 2011, he was further elected as the 1st Chinese-born French academician by the National Academy of Technologies of France among 300 members.
Professor Way Kuo, CityU President, said he was delighted for Professor Lu. “Jian Lu is an important part of CityU senior management team for strategic development, a great colleague and a strong supporter of Hong Kong and France ties,” he said.
Professor Lu added that he would continue to promote French values in Hong Kong and China in the spirit of innovation and discovery.
Guests attending the event spanned the education, science and technology spectrum, including Dr Norman Leung Nai-pang, GBS, LLD, JP, Former Pro-Chancellor of CityU; Mr Herman Hu Shao-ming, BBS, JP, Council Chairman; senior members of the CityU management team and senior CityU academic staff; senior academic staff from CityU’s sister institutions in Hong Kong; Dr Tam Tieniu, Vice-Director of the Liaison Office of the Central People's Government in HKSAR; Mr Liu Zhiming, Deputy Inspector, Department of Educational, Scientific and Technological Affairs, Liaison Office of the Central People's Government in HKSAR; Dr Yue On-ching, Science Advisor, Innovation and Technology Commission; Ms Molly Kung, Executive Director of Chinachem Group; Dr Howard Huang, CEO of Orbbec Co. Ltd and a former post-doc and researcher in Professor Lu’s team; and as well as members of the French diplomatic community. 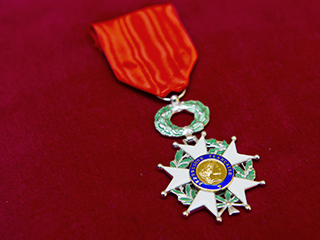 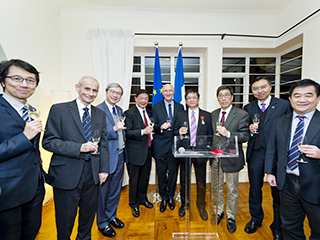 France’s Consul General (centre) in Hong Kong and Macau and Professor Lu’s colleagues congratulate him on his award.