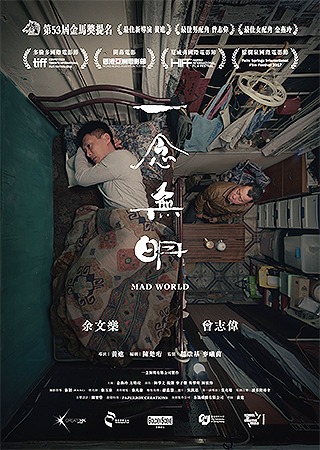 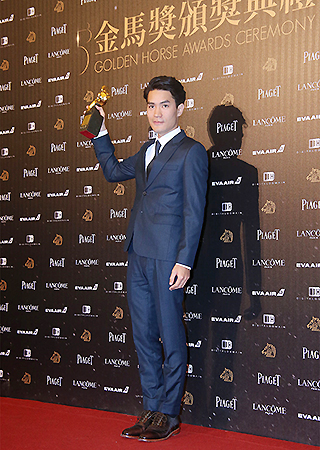 Mr Wong Chun (Photo: First Feature Film Initiative)
A graduate of the School of Creative Media (SCM) at City University of Hong Kong (CityU) has won the Best New Director award at the 53rd Taipei Golden Horse Awards for his first feature film Mad World.
Mr Wong Chun’s movie is about a person suffering from a mental disorder and his relationship with his family. He beat 84 submissions to win the award.
“This award is very encouraging,” he said, adding that he still had a lot to learn about filmmaking. CityU’s professional education had laid a solid foundation for his career development and the guidance from SCM’s faculty had motivated him to pursue directing.
He thanked the film crew for its support, singling out one of the producers, Miss Heiward Mak Hei-yan, a 2006 SCM graduate, and the screenwriter Miss Chan Chor-hang, a 2010 SCM graduate, for particular praise. He also thanked CreateHK, which is under the Commerce and Economic Development Bureau, for providing opportunities and funding assistance to new talent in the movie industry.
Mr Wong graduated from CityU's SCM in 2011 after majoring in film arts. He won the Gold Award at the 18th Hong Kong Independent Short Film and Video Media Open Group Gold Award with the film 6th March, the Media Jury Award at the Kaohsiung Film Festival in 2012, and Best Script (Open division) in Fresh Wave 2011.
Mad World won in the Higher Education Group of the 1st First Feature Film Initiative, which is funded by the Film Development Fund.