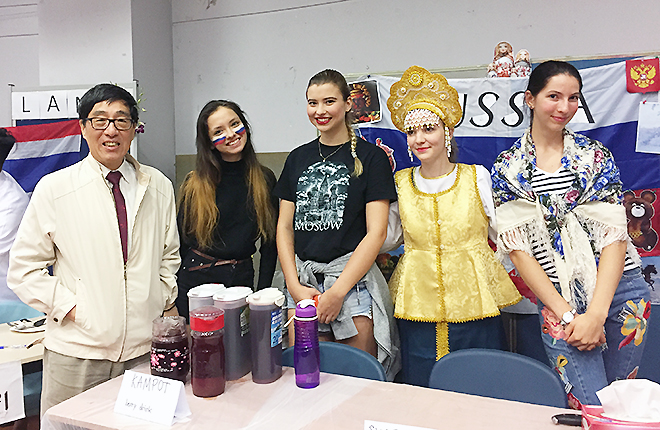 Would you care for a glass of kompot, a Russian fruit drink?
Hundreds of students learned more about the globalised world through food, music and performances from cultures represented at the “3rd Global Festival Night” on 2 November.
Visitors had the chance to appreciate the cuisine and national costumes at the booths representing mainland China, Columbia, Indonesia, Malaysia, Myanmar, Philippines, Russia, Taiwan and Thailand, among others.
In addition, the night was filled with fantastic performances and games celebrating cultural diversity. Prizes were given to the best dishes, best booth as well as the best performance
At the opening ceremony, Professor Way Kuo, CityU President, thanked the students for their tremendous effort in organising the event, emphasising how such get-togethers promoted internationalisation on campus.
The Global Festival Night is one of the Student-initiated Projects managed by the Global Services Office with funding from the University Grants Committee. Students are invited to submit proposals for activities that can promote integration among students from around the world. 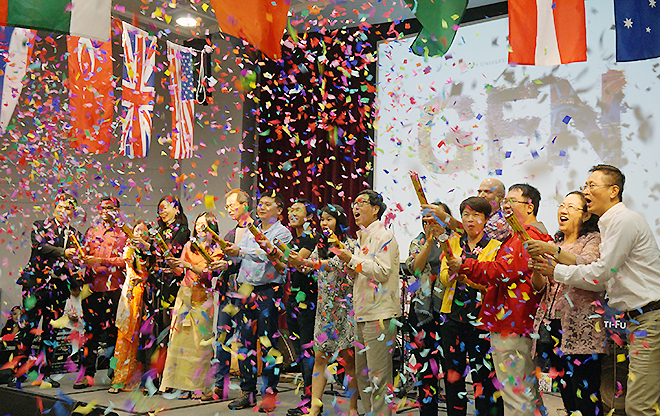