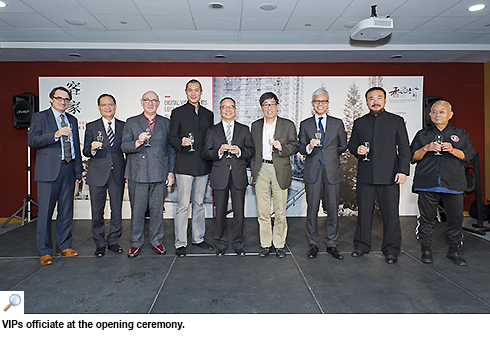 The general public can appreciate traditional Hakka kung fu through the use of cutting-edge digital technology in an exhibition titled “300 Years of Hakka Kung Fu - Digital vision of its legacy and future”, jointly organised by City University of Hong Kong (CityU) and the International Guoshu Association (IGA).

After it gained great popularity last month at the Hong Kong Heritage Museum, the exhibition is now being held at CityU for free for the public.

More exhibit items and a video on how the kung fu action was captured have been added to help visitors appreciate the integration of Hakka kung fu and technology. Visitors may also try to follow the poses of a kung fu master by using an innovative interaction programme.

In his address at the exhibition, Mr Lau stated that Chinese kung fu had formed an important part of intangible culture heritage in Hong Kong. “It is indeed a very good example of community support for the preservation of intangible culture heritage,” he said. He also expressed his appreciation to all the kung fu masters who took part in the project and to CityU and the IGA for organising the exhibition.

Professor Shaw said, “This exhibition carries intangible cultural heritage with the expressive power of new media to create an unforgettable experience for the viewers.”

Dr Ma said that kung fu was an important component of traditional Chinese martial art. Thanks to the collaboration between the IGA and CityU and the use of new media technology, the traditional culture of kung fu could be preserved.

The event is being presented by CityU and IGA. It has been co-organised by the Intangible Cultural Heritage Office, Leisure and Cultural Services Department and curated by the Hakka Kung Fu Culture Research Society and ACIM. 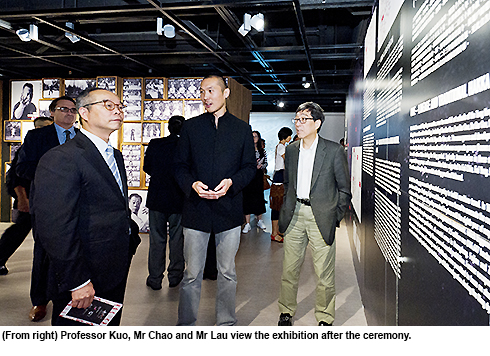