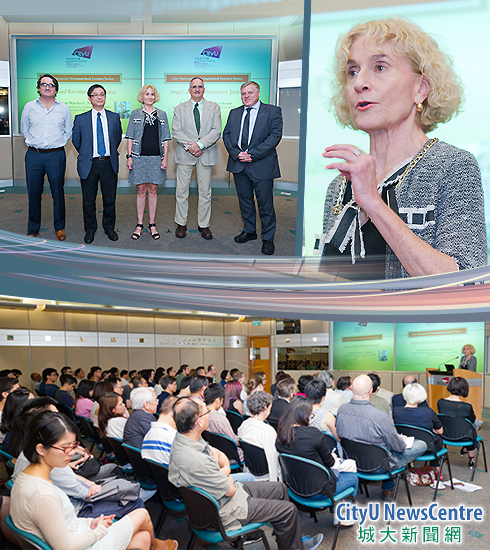 ​
Anger is the wrong response to injustice as inflicting pain on the wrongdoer cannot help restore the thing that was lost, according to a renowned political philosopher at City University of Hong Kong (CityU) on 29 August.
Anger is fatally flawed because it is incoherent and based on bad values, said Professor Martha Nussbaum, Ernst Freund Distinguished Service Professor of Law and Ethics, University of Chicago.
The lecture was titled “Anger and Revolutionary Justice”.
Professor Nussbaum said successful freedom movements—those of Mohandas Gandhi, Martin Luther King Jr. and Nelson Mandela—were conducted in the spirit of non-anger. She pointed to King’s “I Have a Dream” speech as an example of bringing attention to injustice without embracing anger.
She said non-anger means that revenge was not the driving force of the revolution; rather, the long-term strategy was building a better future for all. Real change occurs only when anger transitions toward positive movements.
Professor Nussbaum is an Associate in the Political Science Department and the Classics Department, and a Board member of the Human Rights Programme. Her many publications include Anger and Forgiveness, Frontiers of Justice, Political Emotions.