In its 20th anniversary this year, the programme will operate under the theme “Exercise is Medicine”. 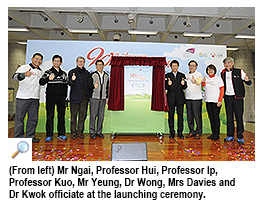 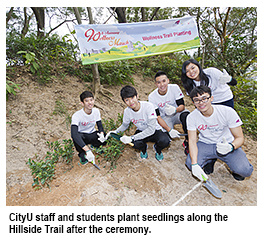 The University will organise activities for the “Exercise is Medicine” On-campus Programme, which is a global event initiated by the American College of Sports Medicine. The idea is that regular exercise not only boosts health, it also generates greater productivity.
More than 60 activities will be organised for the two-month Wellness March programme including talks on health and fitness, marathon running and other sports events, workshops and outdoor pursuits.
During these two months, staff and students can use the campus sports facilities for free. Wellness-Plus Awards Scheme introduced by the University several years ago will further serve to encourage the CityU community to get involved in sporting activities for a healthy and fruitful life.