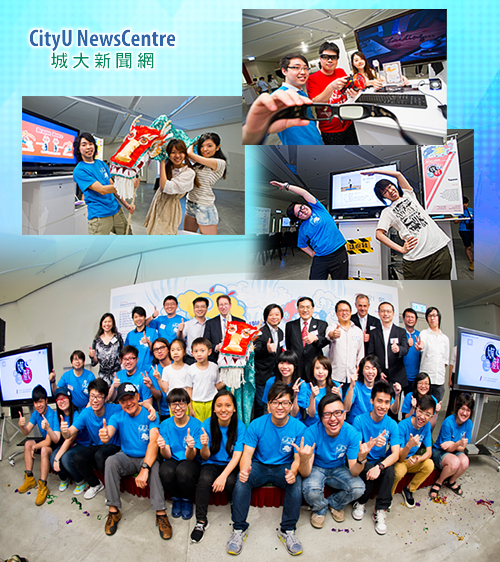 Over 40 outstanding artworks are being showcased at the “Playful Media 2015” exhibition organised by the School of Creative Media (SCM), City University of Hong Kong (CityU) from 22 June to 2 July.

The artworks created by the students combine technology and art. They demonstrate the students’ spirit of discovery and their ability to innovate. They also reveal the creative application of classroom learning to digital entertainment, and a sense of social responsibility. The works include:

Dr Gao Pengdong, General Manager of vsochina, Professor Arthur Ellis, Provost of CityU, and Professor Liu Zhi-Qiang of the SCM and founder of Playful Media, officiated at the opening ceremony on 23 June.