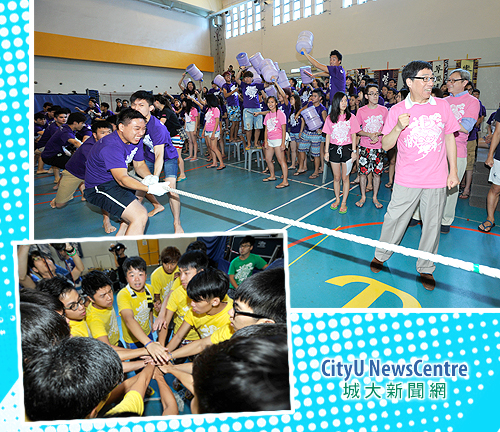 The university careers of around 400 new students at City University of Hong Kong (CityU) got off to a flying start at an orientation camp organised by the Students’ Union.
The theme of the activity, which was held in the summer heat from 17 to 19 August at Pak Tam Chung Holiday Camp, was “Act on Your Dream”.
The aim was to encourage new students to have the courage to aspire to new heights.
Professor Way Kuo, President of CityU, Professor Horace Ip Ho-shing, Vice-President (Student Affairs), and Dr Raymond Chan Kwok-hong, Dean of Students, warmly welcomed the students and wished them well during their time at CityU.
One of the highlights of the event was Professor Kuo refereeing a tug-of-war between competing teams of students.