Academics from City University of Hong Kong (CityU) and industry representatives and experts explored new opportunities for the development of the local agriculture and fishery industries at a conference organised by CityU on 19 March.
Professor Way Kuo, CityU President, pointed out in his address at the opening ceremony of the conference, titled “Direction of Sustainable Development for Hong Kong’s Agriculture and Fishery Industry”, that the relevant industries had always been a major contributor to Hong Kong’s economy.
However, due to the current economic situation, it was necessary to look at the issue of sustainable development for the industries with a new mentality, new perspectives and new technological knowledge.
In addition, interactions and relevant issues between Hong Kong and the mainland had to be considered from a variety of angles, it was argued. 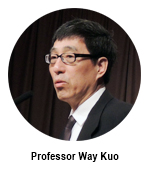 Foreseeing the need for sustainable economic development for the Greater China region, including Hong Kong, CityU initiated the idea of establishing a veterinary school four years ago.
The School aims to become an internationally accredited institution using as a foundation our strengths in professional education and academic research.
CityU’s plan has received staunch support from Cornell University, whose veterinary science programmes are highly regarded around the world. According to the partnership agreement between the two institutions, CityU will admit its first batch of PhD students this September.
CityU’s veterinary school will facilitate innovative collaboration among scholars in various disciplines, opening up new opportunities for social and economic advancement in Hong Kong and other cities in the Greater China region.
It will also introduce new horizons for the local and mainland higher education sectors, and promote sustainable development and collaboration in the agriculture, fisheries and livestock industries between the two places, thus enhancing the co-existence of humans and nature.
The conference was co-organised by CityU’s Life Sciences Programmes, the Federation of Hong Kong Agricultural Associations and the Agriculture and Fisheries Technology Promotion Association. 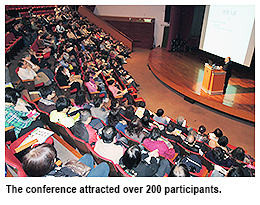