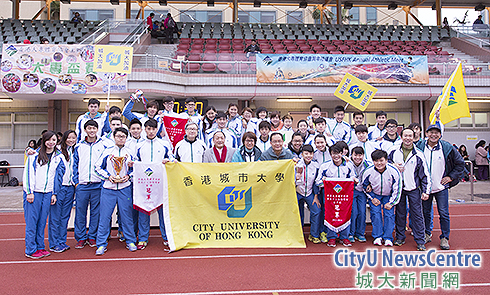 Athletes from City University of Hong Kong (CityU) recorded a stunning performance in the track and field meet organised by the University Sports Federation of Hong Kong (USFHK) on 9 March.

Both the men’s and women's teams scored the highest points in their sections to win the event, where the CityU team also won the overall championship. The Athletic Meet is one of several contests that make up the overall annual USFHK competition.

The CityU team showed off its spirit of unity at the sport event.