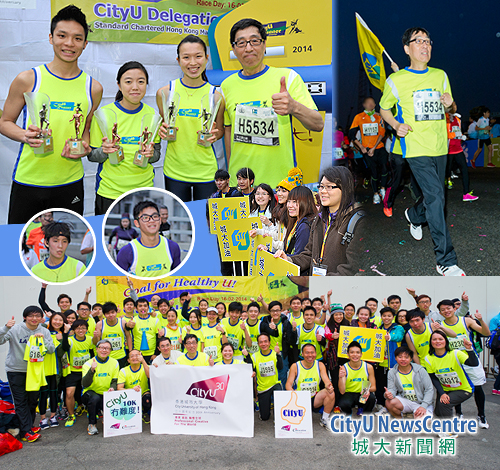 City University of Hong Kong (CityU) fielded its largest-ever team of runners for the annual Hong Kong Marathon on 16 February.

There were 405 students, 98 staff members and their dependents, and 724 alumni and their dependents. A total of 280 runners ran the full marathon, with the rest running the 10-kilometre and half-marathon races, crossing the finishing line with a great deal of pride.

Over 100 student volunteers kept up the morale of the runners during the races.