The temple as a holy ground: Reflecting on Confucianism as a religion

​Can Confucianism be counted as a religion? It has been a question for debate over the past century and remains unresolved.

Professor Huang Chin-shing, Distinguished Research Fellow of the Institute of History and Philology, Academia Sinica in Taiwan, reflected on his study of Confucianism as a religion with a focus on the Confucian temple as a holy ground at the City University Distinguished Lecture on 8 November at City University of Hong Kong (CityU). 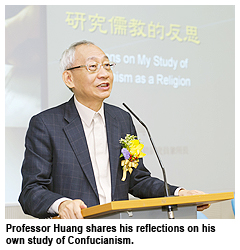 Professor Cheng Pei-kai, Director of CityU’s Chinese Civilisation Centre, kicked off the lecture by introducing the speaker, while Professor Way Kuo, CityU’s President, thanked Professor Huang for coming to share the results of his research which would benefit CityU students and teachers.
Professor Huang’s lecture,“Reflections on My Study of Confucianism as a Religion”, reviewed some discoveries from his own exploration of the question whether Confucianism is a religion. He argued that the Confucian temple system in history and the related official and civil actions provide a key to this enigmatic question.
From the late Qing dynasty years, especially since the May 4th Movement in the early 20th century, the intelligentsia thought that “Confucianism is not a religion” for three reasons, according to Professor Huang. First, some argue that Confucianism was not a religion as it didn’t aim at the salvation of an individual’s soul, unlike Christianity that was spreading in China at the time and was held as the “archetype” of all religions and the criterion for qualifying one.
Second, in the late Qing and early Republican period, those who were for or against the claim that Confucianism is a religion were getting trapped in doctrinal arguments, and both groups turned to the Confucian classics such as The Analects of Confucius to confirm their own theories, leading to a situation where both sides were justified but neither was sufficiently convincing. 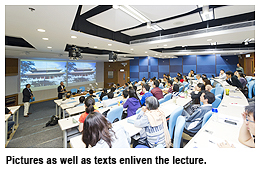 Third, the intelligentsia in China didn’t want Confucianism to be labelled as a religion because the term “religion” had become so derogatory that they tried to keep it off, some even trying to transform Confucius’s ideas into a non-religious doctrine.
Inspired by the later philosophical theory of Austrian philosopher Ludwig Wittgenstein (1889–1951) and coincidentally by his own previous work of exploring the history of sacrificial practices in the Confucian temples, Professor Huang found a new approach to the research: neither be obsessed with definitions nor rigidly bound by Confucian classics, but use the Confucian Temple as a focus to examine the religious side of Confucianism, he said.
The Confucian temple, by its nature, is a holy ground, which is evident from the surviving inscriptions in the many Confucian temples and the related records in the annals of local histories, together with articles about the “temple-school” in many personal collected works, and the “Laudation to the Extremely Sage Departed Teacher” issued by the local officials throughout history. They show that the cult of Confucius is a religious ritual and that the worshipers or believers did deem the Confucian doctrine as religious, though it was an official or public religion, also known as a state religion, rather than a private religion, a concept more familiar to most people nowadays.
During his talk, Professor Huang gave ample historical facts to illustrate his points.  Starting from the early Han dynasty, emperors used the cult of Confucius as an ordinance aimed at praying to Confucius for the “protection of national lifeblood and the stabilisation of people’s livelihoods”, and for “flourishing of culture and education and a blessing for the whole nation”, which all bear the characteristics of a public religion. 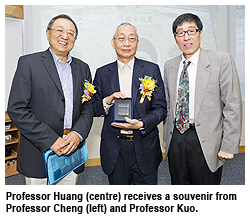 The Confucian temple was normally not open to the public, and the rulers and scholar-officials dominated the rites of worship in the absence of farmers, craftsmen and merchants. Therefore it is not surprising that the masses “respected Confucius but felt remote from him”. Would-be or junior scholars in the old days would go to a Temple of Wenchang (the popular God of Education) to pray for success in the imperial civil service examinations.
Paying tribute to the Confucian Temple in person was a very honourable act for a Confucian scholar to carry out, especially in the main Temple in Qufu, the birthplace of Confucius, in Shandong province. A scholar’s highest aspiration was, after his death, to share the sacrificial offerings in the Confucian Temple along with those who contributed significantly to the Master’s teachings over the centuries.
The candidates for such an honour were determined by the emperor and his high courtiers. Even Mencius had to wait until 1,200 years after his death before he was permitted to receive the honour in the Confucian temple. Over the past two millennia, fewer than 200 sages were accepted by the Confucian temple while about 2,000 Catholics were canonised by the Vatican during the same period.
The Confucian temples have been seriously damaged in China since the beginning of the Republic of China, making its religious connotations ambiguous, concluded Professor Huang. But, he argued, discussions about the Confucian temple as a holy ground may help us solve the riddle of the religious aspect of Confucianism.
Professor Huang is also the Director of the Institute of History and Philology, Academia Sinica. His academic interests include modern intellectual history, religious and cultural history, and historiographical theory.