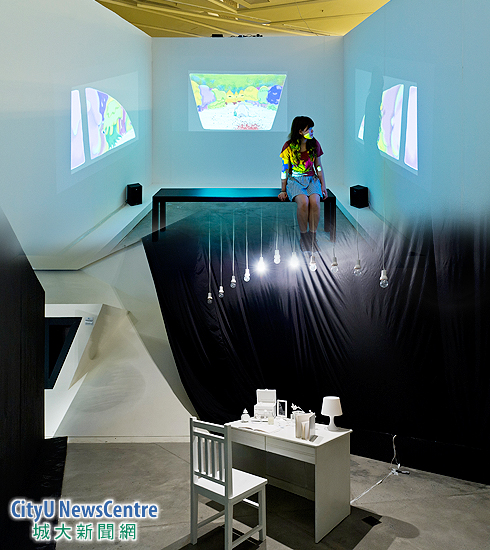 Over 70 graduating students from the School of Creative Media (SCM) at City University of Hong Kong showcased their creativity at the SCM Annual 2012 held from 30 June to 15 July.
On display at the Run Run Shaw Creative Media Centre were interactive installations, photography and inter-media created under the theme “Pass it on” by graduating artists from the Master of Fine Arts in Creative Media, the Bachelor of Arts (Hons) in Creative Media, the Bachelor of Science (Hons) in Creative Media, and the Associate of Arts in Media Technology.
Animations, feature films, documentaries and experimental films were screened during the exhibition, and a series of critique sessions provided a platform for the sharing and exchange of ideas among professionals, the public and our artists.