City University of Hong Kong (CityU) will confer the title of Honorary Fellow on four distinguished persons in recognition of their significant contributions to the development of, and service to, the University.

On the recommendation of the Honorary Awards Committee of the Council, Dr Norman Leung Nai-pang, Pro-Chancellor of the University, has approved the conferment of the award of Honorary Fellow to Dr Chiang Lai-wan, JP, Mr Herman Hu Shao-ming, BBS, JP, Mr Kenneth Koo and Mr Lau Ming-wai, JP. The Honorary Fellow Presentation Ceremony will be held on 16 October. 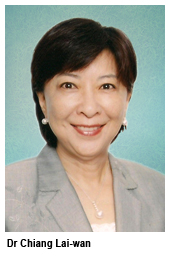 Dr Chiang Lai-wan, Chairman of C & L Holdings Ltd, is well-known for her dedication and success in the business and social community. She established Li Dong Industrial & Trading Investment Co Ltd and C & L Holdings Ltd in the early 1990s. She is active in public service, taking up more than 60 public appointments in the last two decades. She has been appointed as a member of a number of committees, such as the National Committee of the Chinese People’s Political Consultative Conference, and served on the CityU Council and the Court. Her professionalism and dedication to the community has earned her many awards, including one of the inaugural Young Industrialist Awards of Hong Kong in 1988, an Honorary Fellowship from the Professional Validation Council of Hong Kong Industries in 2002, and a number of outstanding awards for women, including one conferred by the Hong Kong Women Development Association earlier this year. In 2011, she was appointed Justice of the Peace by the HKSAR Government. 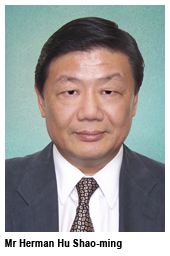 Mr Herman Hu is the Chairman of Ryoden Development Limited. The community-minded entrepreneur has served widely in the public sector and is a member of the Standing Committees of the Chinese People’s Political Consultative Conference, Shanghai, and the All-China Federation of Industry and Commerce. He is also a Vice Patron of The Community Chest of Hong Kong. Mr Hu is involved in the tertiary education sector, particularly in support of CityU’s development. He brought a wealth of expertise to the CityU Council and the relevant Council committees during his eight years of service. He is an Honorary Advisor to the CityU Eminence Society and an Honorary Patron of the President’s Circle. He helped establish scholarships at CityU in 2006 and supported the “We Love CityU” campaign in 2008. He was awarded the Bronze Bauhinia Star in 2011 and was appointed Justice of the Peace in 2000 by the HKSAR Government. 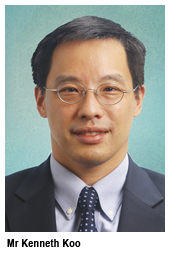 Mr Kenneth Koo, the Group Chairman and Chief Executive Officer of TCC Group, is well-known as a shipping magnate. The third generation of a 90-year-old family enterprise, he joined Tai Chong Cheang Steamship Co. (H.K.) Ltd in 1983. He took command of the business in 2005. Mr Koo was Chairman of the Hong Kong Shipowners Association and Port Welfare Committee of the HKSAR Government’s Marine Department. He has been an Honorable President of the Institute of Seatransport since 2000 and a trustee of the Hong Kong Maritime Museum Trust since 2005. In 2010, he presented CityU’s School of Law with a donation on behalf of the K H Koo Charitable Foundation in support of the maritime and transportation law courses. His support for CityU is also reflected in his membership of the Advisory Committees of the University’s Hong Kong Centre for Maritime and Transportation Law and the Centre for Transport, Trade and Financial Studies. 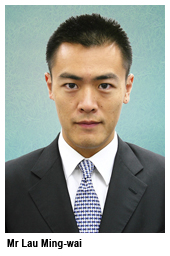 Mr Lau Ming-wai, Vice-Chairman of Chinese Estates Holdings Ltd, is a prominent member of the China and Hong Kong business worlds. He is a registered attorney in the State of New York and a Chartered Financial Analyst Charterholder. Mr Lau is also very active in public service. Among his other public roles, he is a member of the Sichuan Committee of the Chinese People’s Political Consultative Conference, the Steering Committee of the Community Care Fund and the Health and Medical Development Advisory Committee. Mr Lau and his family are highly supportive of CityU’s development, too. In 2011, CityU received a donation from The Joseph Lau Luen-hung Charitable Trust, represented by Mr Lau Ming-wai, to set up student awards and bursaries for underprivileged students, and to sponsor strategic initiatives and other innovative projects. He was appointed Justice of the Peace by the HKSAR Government in 2010.