The number of students from ethnic minority groups in mainland China enrolled on bachelor’s degree programmes at City University of Hong Kong (CityU) has doubled. 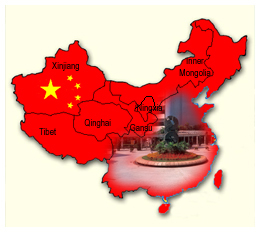 Two scholarships have been set up to help the most academically gifted of these students adapt to life in Hong Kong.

The aim of the Dr Alice Cheng Ethnic Unity Scholarship, supported by Dr Alice Cheng Chang Yung-tsung, a founding member of the President’s Circle, is to help the young people contribute to their ethnic groups, regions of origin and China as a whole by cultivating a more global mindset and greater professional knowledge and skills.

Cao Anran, Bayaer, and Suolinga (Mongol), Zuo Mengge (Xibe), and Wumaier Xializhati (Uyghur), all of whom live in the border regions, were awarded Dr Alice Cheng Ethnic Unity Scholarships after scoring more than 620 on the national university entrance examination. These five students will enter the colleges of business, liberal arts and social sciences, and science and engineering at CityU.

The scholarship covers tuition fees plus accommodation and living expenses. It also supports counseling and training services that will help the new students adapt to Hong Kong and enhance their English language proficiency and global communication skills.

The second grant comes in the shape of the Sin Wai Kin Ethnic Minorities Scholarship set up by Sin Wai Kin Foundation Limited. The aim of the grant is to create an internationalised learning environment on campus that will broaden students’ horizons and equip them with the skills needed to cope with the challenges of higher education and the globalisation of knowledge. Six students from ethnic minority groups will be awarded this scholarship.