A survey conducted by the Department of Management at City University of Hong Kong (CityU) revealed that a lack of opportunities for development and further education and training is the major factor that prompts Hong Kong’s post-1980 generation to quit their jobs. It was also found that when compared with their older counterparts, this younger group of employees has fewer complaints about their superiors. 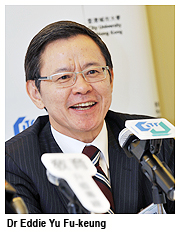 The Department of Management released the survey report on “Employee Engagement and Common Weaknesses of Superiors in Hong Kong with Special Reference to the Post-1980 Generation” on 12 March. Conducted in February 2010, the survey interviewed 350 full-time employees by phone for their views on employees’ engagement, the relationship of employees with superiors and colleagues, and the common weaknesses of the superiors. The results were compiled for three age groups: 18-30 years-of-age (i.e. the post-1980 generation), 31-40 and 41-60.

The survey results showed that employees of all age groups have a higher engagement when they have values similar to those of the organisation, while a low engagement is mainly attributable to lack of support and empowerment.

Dr Eddie Yu Fu-keung, Associate Professor from CityU’s Department of Management, pointed out that there is an interesting difference in reasons for quitting a job between the post-1980 generation and the older groups. Lack of development and training opportunities is a uniquely post-1980 generation factor in regards to motives behind resignation. Also, this particular group showed greater intent to leave their current job compared to the other two groups (the post-1980 generation: 56%, aged 31-40: 54%, and aged 41-60: 51%). 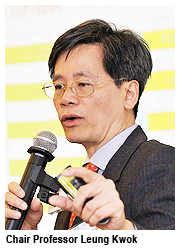 The survey also indicated that poor managerial and communication skills are the two major problems in regards to superiors. Their top 10 weaknesses were identified as pretension of democracy, partiality, ignoring subordinates’ opinions, poor management, being too demanding, being conservative, unfair reward and penalty, playing politics, being emotional and narrow minded.

Chair Professor Leung Kwok, Head of the Department of Management, said the post-1980 generation has fewer complaints against their superiors. However, they had some unique sources of dissatisfaction, such as commenting on their superiors’ penchant for placing talk before action and being resistant to advice.