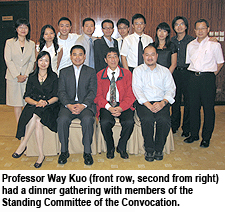 The representatives were all supportive of Professor Kuo’s plan to increase the proportion of alumni donations to 25% within 10 years and promised to take the necessary steps to achieve this goal. The Convocation aims to strengthen the alumni database and increase the number of participants in alumni activities. 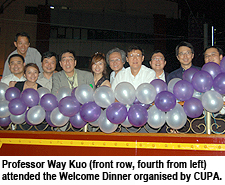 Professor Kuo said many people had told him before he arrived that CityU was an energetic university and he now shared this sentiment. “I feel excited when participating in student activities,” he said. “CityU is a place which touches people.” He again asserted that he would continue to work with staff and students to promote CityU as a world-class institution.

In addition, Professor Kuo had a lunch meeting with the Students’ Union Executive Committee on 14 July to increase communication with students and further understand their needs.