Budding movie makers have spent the last month fine-tuning their creative skills at the School of Creative Media’s inaugural Summer Institute under the tutelage of some of the world’s top teachers of creative media.

Summer Institute 2006 is an innovative creative media programme co-organized by the School of Creative Media, the Beijing Film Academy (BFA) and the School of Cinema-Television at University of Southern California (USC).

The Summer Institute is the first programme under a tripartite partnership agreement signed by these three institutions in July 2004. The aim of the collaboration is to provide media professionals with more opportunities to develop their creative media skills and to lay the foundations for a more internationally-focused creative media 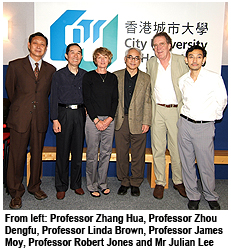 Fifty-six students from the School of Creative Media spent the month of June learning how to produce, shoot, direct and edit a movie. Participants specialized in acting/ directing, cinematography, art direction, editing, or sound. They were then split into five production teams and asked to produce a short film which was then screened to the public at a graduation and awards ceremony on 30 June.

The judges—Professor Linda Brown and Professor Robert Jones of USC, Professor Zhang Hua and Professor Zhou Dengfu of BFA, and Mr Robert Ellis-Geiger and Dr Hector Rodriguez, respectively Assistant and Associate Professors in the School of Creative Media—said the standard of the five films was very high. 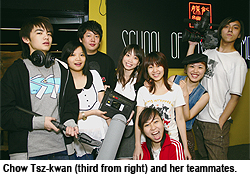 The director of Prevision Chow Tsz-kwan, a Year 2 student majoring in photography and writing, said winning so many awards was unexpected. “I chose the acting and directing option because it was such a great chance to learn from a well-known director like Professor Zhang. This was also a great chance to work in a production crew. We all worked really well together,” she said.

Professor Zhang, who teaches acting and directing, said the standard of the work produced by the School’s students was on a par with that of students from BFA. adding that the quality of the film making on display at the Summer Institute’s graduation ceremony revealed the quality of the teaching at the School of Creative Media. 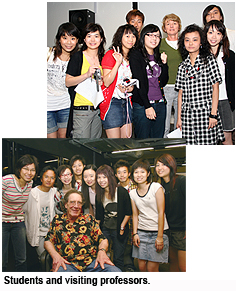 Professor Zhou, who teaches art direction, said he was impressed by the hard work the students put into their films, noting that this was the first time many of them had studied his particular field of film studies. “In the last three weeks I have been touched by the level of professionalism displayed by these students,” he said.

Professor Brown and Professor Jones agreed that the students had worked hard and had demonstrated the courage needed to experiment in their work. The two USC scholars said their time at CityU had been an enjoyable and memorable experience.

Mr Julian Lee Chi-chiu, Course Coordinator and Associate Professor in the School of Creative Media, said he was very pleased with the success of the programme. “I would like to thank the tripartite partnership for bringing together some of the world’s top teachers to train the top creative media professionals of tomorrow,” Mr Lee said.