Eight celebrated writers got the Hong Kong-Macao City Literary Festival underway at City University of Hong Kong (CityU) this week with an enthralling discussion on the experience of writing, the breadth and depth of Chinese literature, and creative writing tips for younger writers.

The Festival reinforces the University’s strong commitment to promoting literature and grooming young talent in Chinese literary writing in the community and beyond. 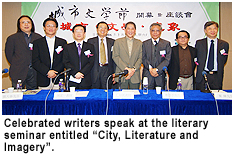 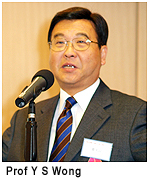 “CityU emphasizes science and technology, but we also believe in the importance of the humanities, and we are committed to fostering students’ creative interests in the pursuit of whole-person development,” said Professor Wong, making specific reference to an article by Mr Dong called Lighting the Backyard in which the author explores how technology today is seen to sideline literature and the humanities.

“We want the Festival to provide a platform for young people in Hong Kong and Macao to develop their interest in Chinese literary writing, thereby enhancing their appreciation of the arts and humanities,” Professor Wong added.

At the seminar, which took place on 25 February and was hosted by Professor Cheng Pai-kei, Director of CityU’s Chinese Civilisation Centre and Professor Wu Hung I, Professor (Chair) of the Department of Chinese, Translation and Linguistics, the invited writers discussed how the concept of “City” inspires creative writing and helps us understand our surroundings. 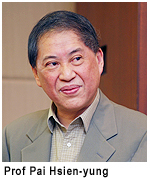 Professor Pai, the author of the novel Taipei People, has lived in some of the world’s major cities—Chongqing, Los Angeles, Hong Kong, Santa Barbara, Nanjing, Beijing, Shanghai and his birthplace Guilin—and he tries to infuse his fiction with the colour and vibrancy found where he lives. Writers, he said, were captivated by “City”, and Taipei and New York were two very important ‘characters’ in his work.

Turning to non-fiction, Professor Huang, from Hong Kong Baptist University, said writing prose was easy to begin with, but hard to write well. Prose as a literary genre had been fading in Hong Kong, he said, but he encouraged young writers to use it as a means of expressing feelings 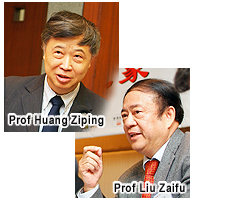 about the complicated and beguiling city they live in.

Professor Liu said writers should develop a strong faith in all kinds of literature and that to judge a good piece of prose he looked for faithful self-expression; self-consciousness and truth; and effective language skills.

Regarding verse, Mr Yip, Deputy Editor-in-chief of Ming Pao and a published poet, said poetry groups were very popular in Hong Kong during the 1970s and a whole generation of young people had composed poems. Their language proficiency had benefited them later in life, he said, and he urged young people to develop a sense of curiosity about their city. 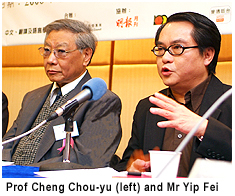 Another poet, Professor Cheng, said poetry originated from a sensitivity towards nature and humanity, and the most important aspect of a poem was genuine self-expression. Inspiration was everywhere, he said, and he advised young people to note down interesting encounters or captivating landscapes.

The Taiwanese novelist, Mr Chang, discussed his upbringing and his journey towards writing novels, suggesting that without exposure to real life or a strong sense of inner motivation, people cannot write well. 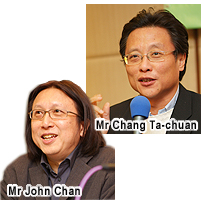 began to absorb western writing as well. “The world of literature is no mystery,” he said. “When you walk through its main door, you will find there are many side-doors, each of which will usher you to a specific area of literary appreciation. It’s up to you to decide how many doors you will open.”

Meanwhile, adjudicators have started reading through submissions for the City Literary Award, one of the major highlights of this year’s Festival.

“The Award provides an incentive for young people and we hope the competition can sharpen younger writers’ language skills,” Professor Cheng said. “We are also very glad to have long-term collaboration with the Hong Kong Arts Development Council in co-organizing the Festival, and we are planning to develop it as an annual event.”

The results will be announced at the end of March and an anthology of winning entries is planned for publication in August.