This is the third year in succession that the TeleEye Group has won awards this year. These achievements once again illustrate CityU’s excellence in applied research and the University’s commitment to adopting innovative technology for 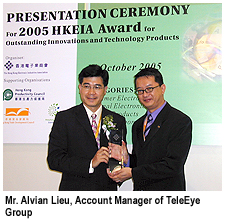 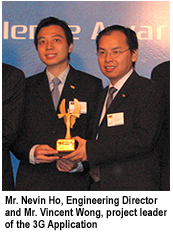 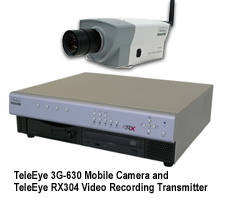 With RX304, multiple users can view the live video and record at the same time. With a built-in CD-writer, video footage stored inside the RX304 can be easily extracted for forensic purpose. It therefore has a wide range of applications in surveillance, including central monitoring stations, factories, retail shops, banks and gas stations.

Dr Cliff Chan, CEO of the TeleEye Group, said he was proud that the transmitter had been rated one of the best solutions among 30 finalists at the Hong Kong Electronics Fair this year. 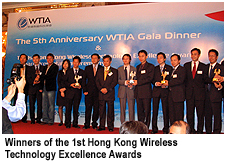 “With TeleEye’s proprietary SMAC-M compression technology, we are among the first video recording transmitters in the world to deliver both efficient transmission and excellent recording performance,” Dr Chan said.

The 3G Mobile Video Surveillance Solution is a one-plug module for a network camera that provides remote viewing and alarm verification over the 3G mobile network. It can be used to monitor simultaneously up to 16 remote sites. When paired with the TeleEye Central Monitoring Station Software, the Solution becomes a professional visual management system for central and multi-site monitoring, for instance in police cars and marine vessels, outdoor event management, remote supervision of accident scenes, law enforcement, covert surveillance and other kinds of investigations.

“The rapid development of 3G mobile network will bring mobility to video surveillance,” Dr Chan said. “This competition has shown the talent and innovation of our R&D Team in developing video surveillance applications with flexible mobile connectivity. It is expected that market potential of this product will be enormous,” he said.