The impact of Chinese culture on Islam 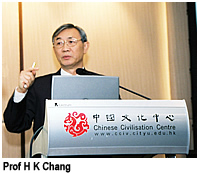 Professor H K Chang, CityU President, shared his observations on the impact of traditional Chinese culture on Islam with more than 100 staff and students at the Chinese Civilization Center (CCIV) on 2 November. “Being a Chair Professor, I see it as my duty to give lectures and share my knowledge with students,” said Professor Chang, who just returned from Korea where he gave a talk entitled “Ideal biomedical engineers in the 21st century”. 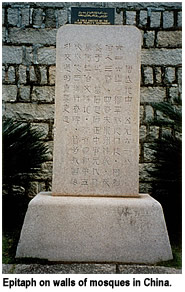 In the two-hour CCIV lecture, Professor Chang introduced the history of Chinese Islam, and analyzed the impact of Chinese traditional culture, Confucianism, and Buddhism on Islam through observation of the epitaphs and writings on the walls of mosques in China. To pique the interest of the students in the audience, Professor Chang told two historical stories about how Muslisms in northwestern became one of the minority groups of today's capital city of the , and about how the descendants of the Philippines' Sulu King migrated to . 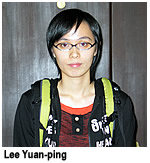 “I just could’t imagine how Islam and Chinese culture could coexist. To satisfy my curiosity, I attended President Chang’s lecture and learned more about how Chinese culture influenced Islam and vice versa,” said Lee Yuan-ping, a second-year student in the Department of Physics and Materials Science (AP). “I feel encouraged by Professor Chang to broaden my horizons and learn more beyond my own discipline.”

“Learning about how Islam merges with Chinese culture, I began to reflect on how much I really know about my religion, Christianity. Professor Chang's lecture inspired me to think about my identity. He encourages me to be more curious about what I  come across,” said David Lue Yat-fung, a second-year student in the Department of English and Communication. 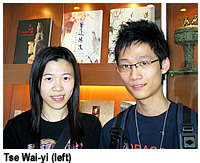 “I admire Professor Chang's inquisitiveness about areas beyond his own discipline,”  first-year AP student Tse Wai-yi said. “I will start exploring traditional Chinese culture before moving on to other cultures.”

CCIV Chair Professor Zhang Guangda, moderator of the lecture, was impressed by President Chang’s vision of education and his interest in cultural topics, albeit his educational background is biomedical engineering. “Professor Chang is a positive role model for broadening one's knowledge base and cross-cultural awareness,” he said. 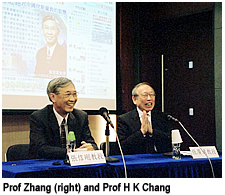 A well-known Sinology scholar, Professor Zhang focuses his research on the relationship between the Sui Dynasty, Tang Dynasty, and western countries, as well as cultural exchanges between and , and other western Asian countries during the South and and the early Yuan Dynasty. “President Chang’s introduction of the historical development of Islam in was comprehensive and very well structured, with substantial evidence,” he said, suggesting that Professor Chang write a book about his observations.

Reflecting the feudality of Chinese society 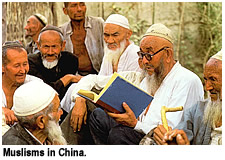 Chinese Muslim exemplify the fusion of two great cultural systems in the medieval world—Arabian-Islam and Chinese. Different factions of Chinese Islam accepted ethics of Confucianism while some were influenced by Buddhism and Taoism; their administrative systems also reflected the feudal and authoritarian characteristics that were predominant in Chinese society. In the 16th century, a Chinese Muslim, Hu Dengzhou, founder of mosque education incorporated Islamic teachings into the “SiShu” (private schooling) through which Chinese Muslims learned about Islamic doctrines and were also taught Arabic and Chinese, facilitating the spread of Islam generations after generations.

According to President Chang, “Xi Dao Tang” () founded in 1901 by Ma Qixi, a descendant of an Islamic family in , was a Chinese Muslim Society based on the combination of Islam, Sinology, and Utopianism. Today, Xi Dao Tang, which advocates common ownership and equal distribution of property, has more than 10,000 followers.

Since the 16th century, the Chinese translation of Islamic literature incorporated the teachings and language of neo-Confucianism and encouraged Muslism to live by Confucianism, and spread Islam through Confucianism. "This exemplified Islam's proactiveness in adapting to Chinese society," Professor Chang said.

He concluded the lecture by stating that two factors contributed to the development of Islam in . While the tolerance of Chinese society towards minorities and their religions fostered the advancement of Islam, the receptive nature of Islam enabled it to adapt to Chinese culture while retaining its core values.

David Lue contributed to this story.

Islam in China: A cross-cultural observation