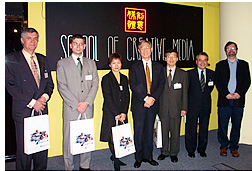 A delegation of Consuls-General representing Australia, Belgium, Korea, Russia and Turkey paid a visit to CityU on 25 February and were greeted by Professor H K Chang, President, and other faculty members .

Professor Chang introduced to the visitors to CityU's latest developments, and led them on a campus tour to the University's Wireless Communications Laboratory and the School of Creative Media. 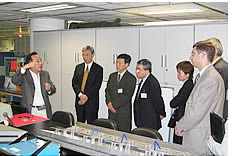 Department of Electronic Engineering
Office of the President