Hong Kong people are more likely to work overtime without complaint than people in Shanghai and Taipei, but they derive less sense of pride from their work, a recent CityU survey showed. The researchers warn that the lack of appreciation Hong Kong people receive for their work might impair their competitiveness in the long term, though they a enjoy competitive edge in the short term, thanks to their willingness to work long hours. 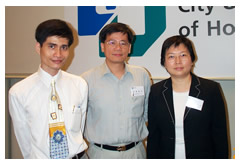 "A Study of Quality of life in Hong Kong, Shanghai, and Taipei", conducted jointly by CityU's department of Management (MGT), Applied Social Studies, Economics and Finance, and Building and Construction in February and March this year, is based on interviews with 2,000 full-time workers in the three cities. 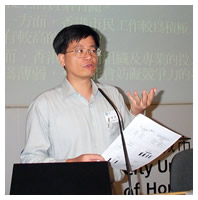 People in Hong Kong, with the highest GDP per capita, scored highest in their assessment of monetary compensation and personal financial situation, but lowest in taking pride in the company and one's career. They scored highest in feeling tired and tense, and most frequently going window-shopping. A sense of inability to cope with competing work and family obligations also ranked at the top. Echoing the fact that Hong Kong registers the highest unemployment rate, people were also found to feel least secure about the future.

MGT Chair Professor Leung Kwok, one of the survey investigators, said that the widespread feeling of stress among the local workforce is something managers need to be more aware of .