A centre that is unique in the Asia-Pacific region has been established at City University. The School of Law's WTO Law and Dispute Resolution Centre (WTODR Centre), launched in January 2002, is distinctive because it focuses not only on World Trade Organization (WTO) law but also on trade and commercial dispute resolutions and the links between the two, according to Centre Director Professor Peter Malanczuk.

"The WTODR Centre has two legs, in effect. One is WTO law and the other is international dispute resolution-but we're also concerned with the links between the two," Professor Malanczuk, Chair Professor in the School of Law, explained. The WTO side is important and interesting because of the phenomenon of economic globalization and China's entry into the WTO. Hong Kong is also interesting because of its role as a gateway to China for international trade and investment in China and as a gateway for China to the world. "That's why Hong Kong is a particularly interesting place to set up a centre concerned with WTO law: China's accession to the WTO, the particular position of Hong Kong not only as an international city but also its role for China, and China's emerging role as a strong economic and political power in the world arena." 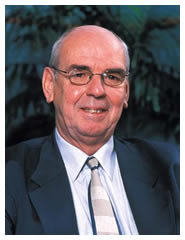 An example of such disputes, he said, would be a foreign investor forming a joint venture with a Chinese company to establish a car company in Shanghai and a dispute subsequently arising between the partners. The foreign investor is more likely to seek an impartial forum for the dispute to be settled. "For various reasons they would not necessarily trust easily the Chinese judicial system, and would prefer an impartial forum that could be offered by international arbitration." This, Professor Malanczuk said, could be the independent forum of the HKIAC, or the International Chamber of Commerce in Paris, or the Singapore International Arbitration Centre-any of the venues where independent arbitrators "could be appointed to give an expeditious and less costly final solution to the dispute."

But what if the Chinese partner refuses to accept the ruling? It would depend on the circumstances, Professor Malanczuk explained. If arbitration leads to an award, there is a possibility of enforcing it. For instance, if the award were in favour of the foreign company and the damages against the Chinese partner were, say, 10 million yuan Renminbi, then the foreign company could see whether it could enforce the award in China. "It would have to see whether the Chinese courts would assist in enforcing the award. There is the question of the recognition of the award by the Chinese courts, and it would also depend on where the award had been issued," he said. "Hong Kong and China have an agreement on the recognition and enforcement of this kind of award. Still, there may be difficulties for various reasons in achieving the proper result."

Alternatively, if the Chinese partner has property overseas, say in the US, the foreign partner could try to enforce the award in the US against the property of the Chinese partner under the 1958 New York Convention on the Recognition and Enforcement of Foreign Arbitral Awards, to which China is a party. And disputes reach this stage frequently, Professor Malanczuk said. "International arbitration, not court litigation, is the usual method of dispute settlement in international commercial transactions. That's why the New York Convention is so important."

China, however, is a special case because it has only relatively recently opened up to large-scale foreign investment. Recognizing the difficulties involved, China too has developed a separate system of arbitration for foreign investors: the China International Economic and Trade Arbitration Commission (CIETAC) system. "The system provides an avenue for dispute resolution for foreign investors that is independent of the Chinese judiciary, which, for various reasons, is not efficient and does not work for settling these kinds of disputes."

CIETAC has two sub-commissions, one in Shanghai and one in Shenzhen. Its seat is in Beijing; it has a list of foreign arbitrators who sit on it and it operates on the basis of rules which have been established with the UN Commission on International Trade Law. "If foreign investors conclude contracts with Chinese partners, usually the Chinese partner tries to insist that a clause is inserted into the contract which refers to CIETAC arbitration in a case of dispute," Professor Malanczuk said. "But many foreign investors still have certain reservations concerning CIETAC and the way it operates." If such investors have strong bargaining power, they will usually refuse to accept CIETAC and instead insist on, for example, the Stockholm Chamber of Commerce, or the Geneva Chamber of Commerce, or the International Chamber of Commerce in Paris. 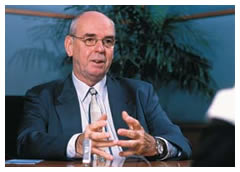 The Centre has been constructed to support two programmes in the School of Law. The first is the Master of Arts in Arbitration and Dispute Resolution and the second is a new stream in the School's Global Gateway programme, Master of Laws in WTO and Law. Mindful of the importance of economics in this field, Professor Malanczuk has initiated discussions with the Faculty of Business to explore whether they can develop joint degrees and joint programmes. "Especially on the WTO side of things, the Centre lends itself to interdisciplinary work-economics, business and law." He aims to develop PhD research programmes and, in cooperation with Peking University, a joint Master of Laws in areas related to the WTO. Future plans also include Internet-based short-term training programmes, which could also be combined with face-to-face teaching.

Currently, the Centre has 18 members, including Professor Malanczuk and two Centre Visitors, Professor Rao Geping , from Peking University, and Mr Kim van der Borght , from the University of Hull. "We have also created an international network of associate fellows from China, Europe, the Asia-Pacific region and the US," Professor Malanczuk said. The Centre organized two public lectures last year, both given by international experts in WTO law: Professor Ernst-Ulrich Petersmann , Chairman of the International Trade Law Committee of the International Law Association, and Professor Werner Meng , Professor of Law and Director of the Institute of European Studies at Saarbrucken, Germany. And in December 2002, the Centre and the Department of Law at the University of Kerala, India, jointly organized a seminar on development and human rights.

Looking to the future

Future plans include a conference on the China experience since its accession to the WTO at the end of 2001, and a further, more extensive workshop on the relationship between human rights and business. Hong Kong, being the seat of many multinational companies, is an appropriate place to discuss the question of regulating the conduct of multinationals, Professor Malanczuk said. "It's an old discussion that has surfaced again in connection with codes of conduct, lawsuits against multinationals in the UK and the US for violation of environmental laws, human rights laws, slave labour in Burma and elsewhere, Shell operations in Nigeria, destruction of the rain forest in Brazil, and so forth."

Economic development is also an important issue, Professor Malanczuk pointed out, because the majority of the member states of the WTO are developing countries, who feel they are not getting a fair deal out of the whole operation. "Globalization is an uneven process which combines with marginalization in parts of the world, such as sub-Saharan Africa, or rural China compared with the coastal regions. On the whole we have a positive result but the gap is increasing between those who are benefitting more from the process and those who are left out. The challenge is for policy makers to address that properly and for those of us at universities to try to formulate and understand the process and to train and educate students in understanding the process more adequately." For public relations reasons, businesses are increasingly concerned about how they are perceived in terms of human rights and environmental standards. And NGOs also actively pursue those issues. Hong Kong would be an appropriate place to consider the relevance of such issues and to develop in-house training programmes on the relevance of human rights norms, environmental standards for business operations and investment decisions, including investment in China in the long run. Professor Malanczuk believes the WTODR Centre, along with the Hong Kong General Chamber of Commerce, the American Chamber of Commerce and other groups, could play an important role in developing Hong Kong as a platform for further research and training in this field. Biography