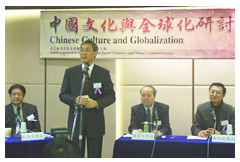 A three-day seminar organized by the Chinese Civilisation Centre and the Cultural and Sports Committee is placing a new spin on the globalization debate: the place of culture in an interconnected world.

One of the highlighted events of CityU's cultural festival this year, the seminar Cultures in Globalization: China and the World attracted a host of scholars and writers to the Chinese Civilisation Centre.

"In business, globalization is already a reality. Where culture fits in globalization, however, is an issue that requires much more thought," said President H K Chang at the opening of the seminar on 19 March. 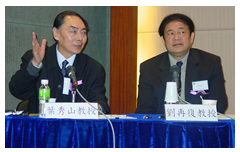 The seminar attracted renowned scholars in the fields of Chinese philosophy, history, literature and aesthetics, including Li Zehou and Liu Zaifu, both visiting professors at the Chinese Civilisation Centre, He Zhaowu, Professor, the Institute for Cultural Studies at Beijing's Tsinghua University, Ye Xiushan, Research Fellow at the Institute of Philosophy, 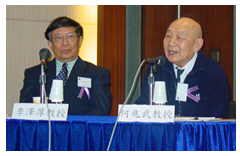 The speakers at Cultures in Globalization: China and the World agreed that has no choice but to embrace the trend towards globalization. Professor Li Zehou argued that "globalization is irresistible for one main reason: it improves people's lives." While Prof Liu Zaifu conceded that the forces of globalization would create fundamental challenges, he argued that solutions would be found.

Following the opening session, the seminar continued on 20 March with Civilization in Conversation: the Worlds of , Christianity and Islam, and concluded on 21 March with The Future of Chinese Civilization in an Era of Cultural Conflicts.