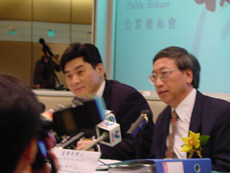 As cost-conscious consumers, we are all deeply interested in knowing how far we can stretch our dollars-and whether we are getting value for all the money we are spending.

Thanks to CityU's Department of Management Sciences and their annual Hong Kong Consumer Satisfaction Index (HKCSI), keeping track of how to spend your hard-earned cash is getting easier.

The HKCSI, developed by a team of researchers in the Department of Management Sciences, is a performance indicator representing the satisfaction level of consumers with the quality of most commo 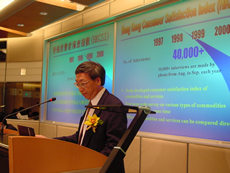 dities and services sold in Hong Kong. About 60 commodities and services are covered in the index. Dr H P Lo, Associate Professor, said: "Generally speaking, changes in consumer satisfaction with a product are strongly linked to changes in the product's quality and price as assessed by the consumers".

The overall HKCSI for 2000 was 67.7%, representing an increase of 2.9% over 1999. In 2000, CDs (78.5%) received the highest CSI score while ISPs (61.4%) received the lowest. Local telephone services showed the greatest improvement, while the biggest decline was in the area of paid television.

The index also revealed that film, rice, refrigerators, edible oil and proprietary medicines suppliers were among the 10 best performers. The housing industry as a whole and the region's water supply service were consistently among the 10 worst performers over the past three years. The new findings for 2000 were released on 28 March.

Department researchers explained that the low grades given to housing imply that private housing rent is high, while public housing quality is low. Regarding the low results for pay TV and ISP services, it was suggested that this was due to declining levels of quality in both content and service. To learn more about the HKCSI visit: http://fbweb.cityu.edu.hk/ms/hkcsi