In a rare display of talent, three CityU scientists—all chair professors—have been newly admitted to the elite of IEEE fellowship: Professor Paul Chu, from the Department of Physics and Materials Science, Professor Ron Hui and Professor Luk Kwai-man, both from the Department of Electronic Engineering. In the latest round of the IEEE election, only eight new 2003 Fellows, all academics, are from Hong Kong . 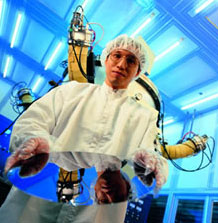 Professor Chu was elected for his contributions to the understanding of plasma implantation and deposition, while Professor Hui and Professor Luk were elected for contributions to, respectively, power electronic circuits and modelling techniques, and the development of wideband microstrip patch antennas and dielectric resonator antennas.

The Institute of Electrical and Electronics Engineers, Inc, more commonly known as the IEEE, is a global non-profit, technical professional association, with more than 377,000 individual members scattered in 150 countries. The IEEE only elects less than 0.1% of its membership to the grade of Fellow each year—that is, less than 1 per 1000 members, and it is a prestigious award. The other five IEEE fellows from Hong Kong this year come from the Hong Kong University of Science and Technology (2), the Chinese University of Hong Kong (2), and the University of Hong Kong (1). 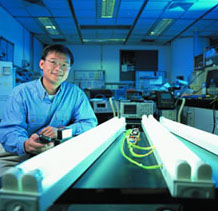 Through its members, the IEEE is a leading authority in technical areas ranging from computer engineering, biomedical technology and telecommunications, to electric power, aerospace and consumer electronics. As the leading organization of its kind, the IEEE produces 30% of the world's published literature in electrical engineering, computers and control technology, holds annually more than 300 major conferences and has nearly 900 active standards, with 700 under development.

IEEE Fellowship, the highest honour in the organization's membership, recognizes unusual distinction in the profession and is conferred only by invitation of the Board of Directors upon a person of outstanding and extraordinary qualifications and experience in IEEE-designated fields, and who has made important individual contributions to one or more of these fields.