Footloose the Musical: Shine Under the Spotlight 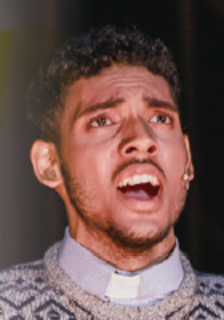 Bruce Wyatt Placathose expressed that deep inside, he has always wanted to shine. As a Mauritian, dancing is like a second nature.

Bruce Wyatt Placathose expressed that deep inside, he has always wanted to shine. As a Mauritian, dancing is like a second nature. He just saw the musical as an opportunity to meet people who have that spark and passion for performance. He also knew that the cast would be full of bold and energetic locals and it would be a chance for him to make more friends from Hong Kong. He learned a lot but above all, he realized, as one of the main characters of the play, how heavily dependent he is on each other in general. Weaknesses were overcome with teamwork and everyone was completing each other like a puzzle to build the whole picture. In summary, it was a journey filled up with laughter, amusement, hard work, sweet pain and love within a united family.  He encourages everyone to join the forthcoming musicals because it’s going to be memorable for them.