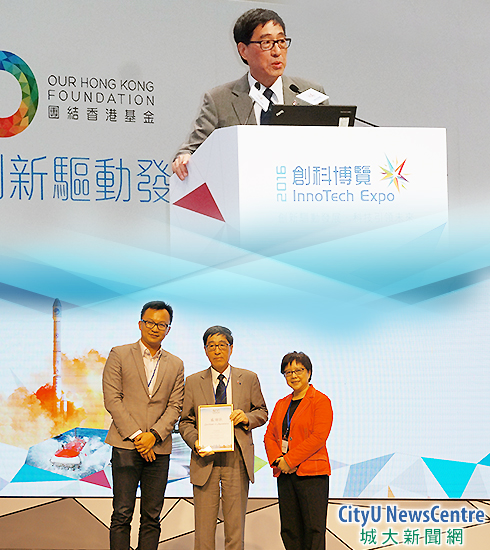 In his speech titled “Technology risk and risk management”, Professor Kuo said quality assurance and innovation were equally important in order to achieve safety and reliability for innovative technology.

He pointed out that smart cities were equipped with high technology, but at the same time faced challenges such as insecure communication and air pollution. “Our major risk today does not come from nuclear power plant. But seven million people have died each year since 2014 due to air pollution, according to data from the United Nations,” he said.

The eight-day “InnoTech Expo 2016”, which was organised by the Our Hong Kong Foundation, aimed to promote knowledge about the development of advanced technology in China, encourage young people to seize the opportunities brought to Hong Kong by innovative technology, and help them to boost Hong Kong’s long-term competitiveness, too.