SCM exhibition showcases art under the influence of animation and comics 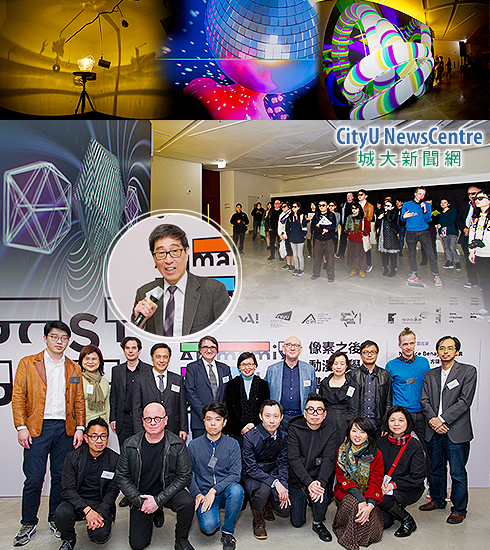 The exhibition under the theme “POST PiXEL” showcases contemporary art under the influence of the unique aesthetics and culture of animation and comics. The aim is to inspire viewers with new thoughts through technology and media art.

The artists explore topics such as the relationship between humans and space, media and technology through a thought-provoking journey via multimedia artwork in forms such as image installation and an animated game.The exhibition being held from 22 March to 17 April was presented by Leisure and Cultural Services Department and co-organised by SCM of CityU and Hong Kong Visual Arts Centre.