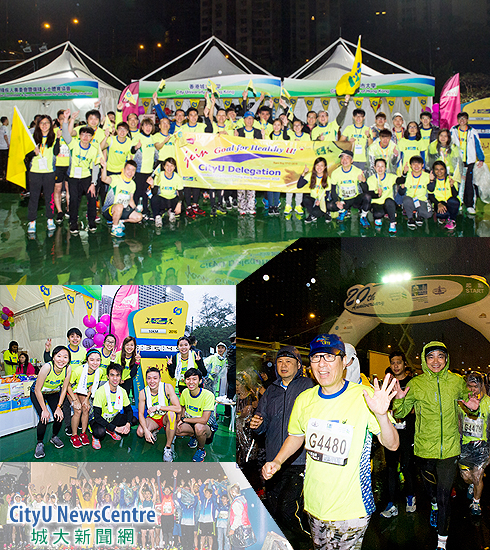 More than 1,200 runners from City University of Hong Kong (CityU) competed in the Standard Chartered Hong Kong Marathon on 17 January.
Despite the downpour during the races, 1,232 athletes, led by Professor Way Kuo, University President, proved their team spirit, enthusiasm and sheer determination.
Altogether 261 students, 82 staff members and their dependents, 889 alumni and their dependents participated in Hong Kong’s premier long-distance running event. A total of 313 of the CityU team ran the full marathon, with the rest running the 10-kilometre and half-marathon races. Professor Kuo ran the 10K race for the eighth time.
Over 180 student volunteers kept up the morale of the runners during the races. Everyone who crossed the finishing line did so with a great deal of pride.
Lam Sze-ching, a student from the College of Liberal Arts and Social Sciences, won the 2nd runner up in the Half Marathon Women’s Junior category.