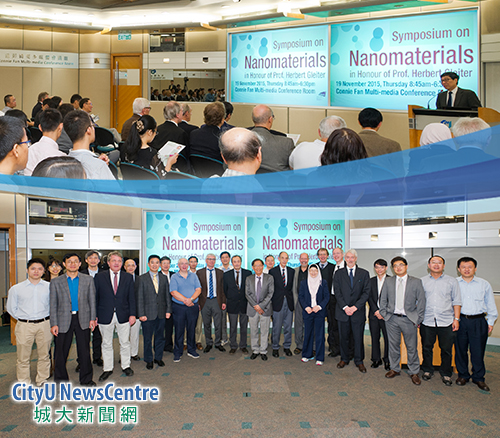 Renowned experts on nanomaterials from around the world shared their insights at the Symposium on Nanomaterials in Honour of Professor Herbert Gleiter held at City University of Hong Kong (CityU) on 19 November.

The symposium served as a platform for world-class scholars to share their research outputs and ideas on nanomaterials in various areas with the wider scientific community. Additionally, this symposium was organised in honour of Professor Herbert Gleiter, a distinguished researcher in physics and pioneer in nanoscience and nanotechnology.

Professor Way Kuo, President of CityU, attended the symposium and gave opening remarks. He praised Professor Gleiter for his contributions in materials science and said that the development of nanoscience would have far-reaching implications.