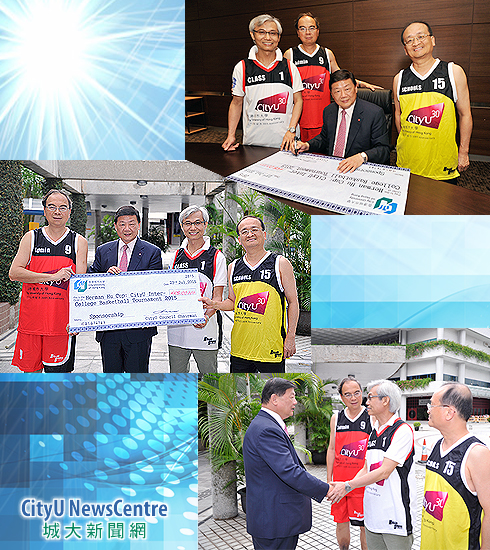 Professor Lo thanked Mr Hu for his support to CityU staff, while Mr Hu said that he hoped that this year’s tournament would be as successful as last year’s, and that more teams and staff could participate.

“I also hope staff will see CityU as their home from home,” Mr Hu said. “This event will increase a sense of belonging to CityU and establish a more harmonious relationship.”

The event received an overwhelmingly enthusiastic response from the University community when it debuted in celebration of CityU’s 30th anniversary in 2014.

The tournament will be held in late September and it may be extended to include chess in 2016.

Competing in the championship this year will be teams from the College of Business, College of Liberal Arts and Social Sciences, College of Science and Engineering, School of Creative Media, School of Energy and Environment, School of Law, School of Veterinary Medicine, School of Continuing and Professional Education, and various administrative units.