The International Conference on Virtual Systems and Multimedia (VSMM) co-hosted by the School of Creative Media (SCM) at City University of Hong Kong (CityU) in partnership with the Centre for Creative Content and Digital Innovation at the University of Malaya is being held from 9 to 12 December at CityU.
VSMM is the premier world forum for the presentation of research on 3D acquisition, multimedia visualisation, interaction technologies and their applications. It bridges technology, art, history, cultural heritage, science and engineering. 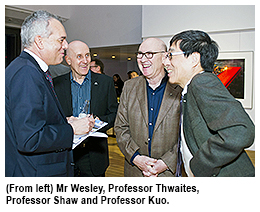 The opening ceremony held at and sponsored by the Hong Kong Maritime Museum on 9 December was attended by Professor Way Kuo, President of CityU; Professor Jeffrey Shaw, Dean of SCM and Co-Chair of the VSMM 2014 Committee; Professor Harold Thwaites, Director of the Centre for Creative Content and Digital Innovation, University of Malaya, and Co-Chair of the VSMM 2014 Committee; and Mr Richard Wesley, Director of Hong Kong Maritime Museum.
“The Conference is an intersection of arts, creativity and technology. It is an honour for CityU to host this conference,” said Professor Kuo in his opening remarks.
Hosted for the first time in Hong Kong, the conference enabled participants to benefit from a world-leading venue for innovative research in the creative media, said Professor Shaw. 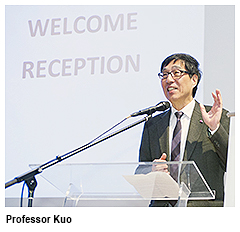 At the reception, delegates viewed the “Pacifying the South China Sea” digital interactive scroll exhibition created by CityU and Hong Kong Maritime Museum.
The scroll was painted in the early 19th century by an unknown artist to commemorate the defeat of the pirates who prowled the waters around Guangdong in the early Jiaqing period. The scroll was scanned into high-quality digital images a few years ago. CityU was responsible for developing the exhibits, including an interactive touch screen of the scroll and a 360° presentation of the animated figures on the scroll.
Two exhibitions are being held at CityU throughout the Conference: “Mah Meri Unmasked”, a polysensory intermedia exhibition on the traditional mask-making craft of the Mah Meri, a group of indigenous people from Carey Island, Malaysia; and the Gallery 360 Exhibitions.
In addition, world renowned experts from over 20 countries in the multidisciplinary fields of technology, art, history, cultural heritage, science and engineering will share their experiences and deliver speeches. 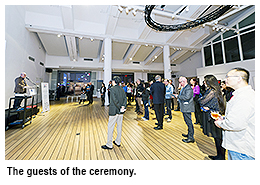