Students from Japan get first taste of overseas study 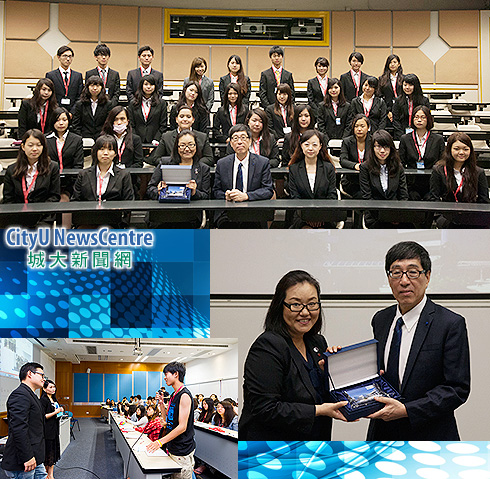 A total of 29 international students from Josai International University (JIU) in Japan are attending an exchange programme from 6 to 13 July hosted by City University of Hong Kong (CityU).

The two universities have developed collaborations on academic and student exchanges. This is the second year in a row CityU has received students from JIU, while 18 CityU students explored Japanese culture and society in May this year during a summer study tour to Tokyo with a group of JIU students.

In addition, Professor Noriko Mizuta, Chancellor of Josai University Educational Corporation, recently received an Honorary Professorship from the Department of Management at CityU.

Dr Chiga Hayashi, Associate Professor in the Faculty of International Humanities at JIU, remarked on the ethnic diversity of the JIU students, all in their first year of study and on scholarships.

By joining the CityU exchange programme and staying in the CityU residence hall with local students, they are having their first taste of studying abroad and cultural exchanges.