Exploring a galaxy of cultures 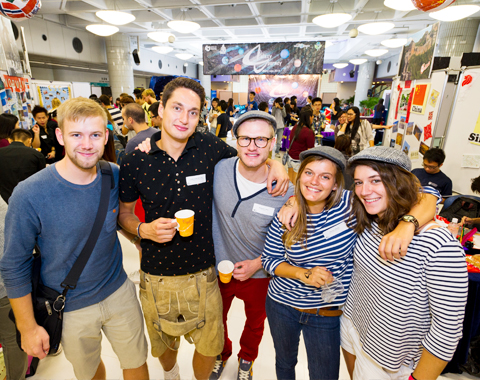 Local and international students explored a galaxy of cultural interest at an annual exchange held at City University of Hong Kong (CityU).

The aim of Galaxy Journey @ City Expo 2013, which was held on 30 October and organised by the Exchange Student Club of the College of Business, was to promote appreciation of different cultures and campus integration.
Booths introducing different countries and regions from around the world were set up at the Expo and an array of programmes was arranged including traditional dance performances, best costume competition, singing, and culture games.