“Simply enjoy your happiness when you travel. Wake up in early morning and take a solitary stroll. That in itself is a joy and will probably bring you many surprises,” says Mr Li Chun’en, a well-known local columnist and gastronome. 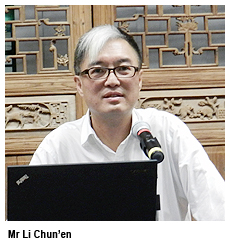 At the invitation of City University of Hong Kong’s (CityU) Cultural and Sports Committee, Mr Li spoke at “City Cultural Salon” on the topic “Light and Shadow on the Road,” sharing his ideas with guests from both inside and outside CityU on world travel and photography, with which he captures the wonderful sights that he comes across in his wanderings
Mr Li has made a name for himself for introducing international cuisines and cooking fine foods from various places. He has also led groups of gourmets to visit different parts of the world to try out local foods with their unique flavour. His work and personal interests have brought him to many places.
When he is on the road, Mr Li would usually go out in early morning. With a camera in his hand, he would stroll leisurely on the streets. Be it in a city or a mountain village, he would have surprising encounters. With his interest and skill in photography and his artistic sensitivity, he has taken many highly original pictures. 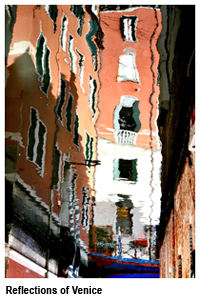 In sharing his ideas about travelling, he said, “At dawn and dusk, there is a softness to the sunlight that comes down at an angle. But of the two, morning sunlight is a little harder and sharper, which, for the aficionados, makes the morning an ideal time for taking pictures.” Sometimes, with the camera on his back, he would wander aimlessly down the streets. In such a relaxed state, he would plop down nonchalantly next to an old man who happened to be sitting on the bench by roadside. In this way, he would get to observe his surroundings through the eyes and the perspective of a local.
He smiled as he continued, “This is a story of an early bird. Once, I was in Florence. Although I had heard of the poor security of the place, I thought thieves would probably still be in bed at six in the morning. I therefore took to the streets and noticed the sunlight came through rooftops like a knife. As this city has not changed much for several decades, I decided to record the various street scenes in black and white photos, hoping to recreate a flashback to the 60’s and 70’s of the last century.” 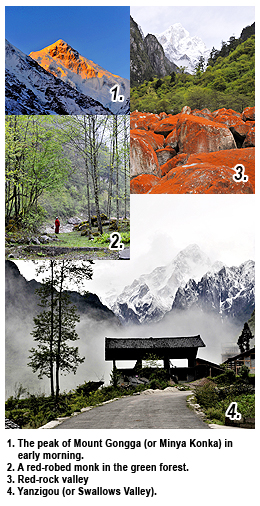 Mr Li sets a goal for himself in his photography. He believes that to take a good picture, one has to understand the subject. “Reading and direct experiences are equally important,” he said, “Also important is the ability to endure hardship. It always pays to be able to walk a bit farther than the next person. When one takes a picture, one should climb as high and crouch as low as one can.”
Once, he visited Mount Gongga in western Sichuan. The main peak rises 7,556 meters above sea level. To capture the magnificent stature of the main peak, he hired three horses and three horse keepers to climb to the right spot, and ended up spending one night in a tent. “In the middle of the night, ice water came seeping into the tent. I experienced how it feels to be trapped in a ‘water dungeon.’”
Last year, Mr Li participated in the shooting of a culture programme series called Li Chun’en’s Tour of a Glutton. “Through the introduction of representative figures and food of a place, we explored the 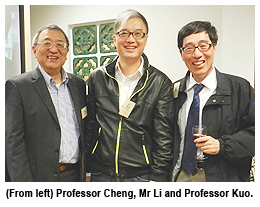 relationship among people, food and human interactions. We moved from food to people and from people to food in order to understand how a place leaves its imprint on the character of its people.”
Professor Cheng Pei-kai, Director of Chinese Civilisation Centre and Convener of City Cultural Salon, hosted the City Cultural Salon that night. In attendance were Professor Way Kuo, CityU President, and over thirty guests from both inside and outside CityU.