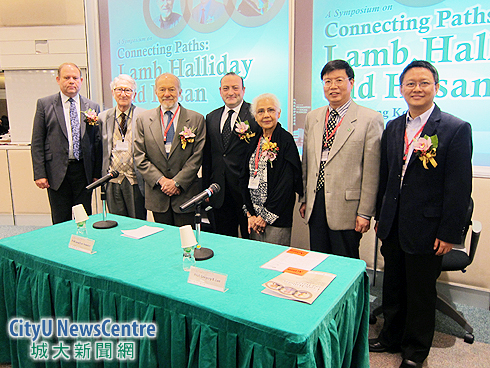 The potential for interconnectivity between the theories of three major scholars in linguistics and language studies was the focus of attention at a recent symposium organised by the Department of Chinese, Translation and Linguistics (CTL) at City University of Hong Kong (CityU).

The three academics were Professor Sydney M Lamb, Professor M.A.K. Halliday and Professor Ruqaiya Hasan. The title of the symposium, held on 1 November, was “Connecting Paths: Lamb, Halliday and Hasan”.

The Symposium highlighted the individual contributions of each of the three professors to linguistic theory and explored new paths for collaborative research.

The second part of the symposium will take place at Sun Yat-sen University, Guangzhou, on 3 November.

CityU professor to deliver prestigious lectures in US