Students’ creative ideas were recognised at the prize presentation ceremony of the “Tribute to our past, Commitment to our future” Quiz and Contest on 26 March. The contest aimed to encourage students to play a more active role in shaping the future of CityU by contributing ideas to promote and support the University’s new “Strategic Plan 2010-2015: Excellence in Research and Professional Education”.

The Grand Prize was won by Chris Leung, Year 3 student of the Department of Economics and Finance, for his proposal to promote the brand, image, and culture of the University. Chris proposed a new CityU logo which projects the University in a refreshingly different vein and symbolises the University’s aspirations for a strong global presence.

Chris is an avid reader of international magazines and is particularly attracted by designs of logos and advertisements. His creation is inspired by the signage at the hillside footpath from student hostel to the campus. “Being university students, we should not only focus on ourselves but also be socially responsible and care for and contribute to society. Many people ignore the happenings around, but when you stop and look into details, you’ll find some very interesting things,” said Chris.

Professor Lilian Vrijmoed, Advisor to the Vice-President (Student Affairs) on Student Learning and Professor Steve Ching Hsiang-hoo, University Librarian, both members of the judges’ panel of the contest, were very impressed with the University Slogan Chris proposed: “Every great city deserves a great city university.” They thought Chris’s ideas were creative, innovative, practical and meaningful. 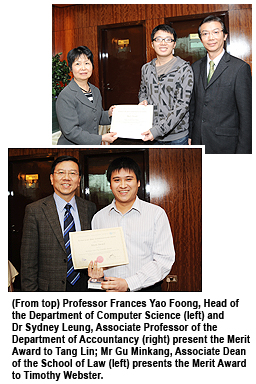 Professor Vrijmoed said, “The Strategic Plan is an extremely important document that defines the development of the University in the coming years. I’m so glad to see so many students were willing to spend time to help us promote this plan and came up with such innovative and creative ideas. All submissions were very creative indeed.”

Timothy Webster, Year 3 student of the School of Law and one of the Merit Award winners, wrote a poem in which each line begins with the letters contained in the name “City University of Hong Kong.” Timothy expressed his views and feelings towards CityU in the 25-line poem, which outlines CityU’s 25 years history of excellence in education, how it is moving forward. “CityU has offered great opportunities to me, such as the exchange experience in UK and Australia. These valuable experiences have inspired me to write this poem to express my feeling towards the University,” said Timothy. 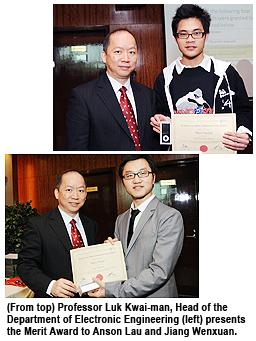 A quiz on CityU’s History Book was also organised to enhance students’ awareness and understanding of the past and the present of CityU, and to nurture in them a sense of belonging to the University. More than 600 entries were received and 40 well performing students were awarded lucky draw prizes.

The “Tribute to our past, Commitment to our future” Quiz and Contest was organised by the CityU Library, in collaboration with CityU Press and the Communications and Public Relations Office.