Three research projects led by City University of Hong Kong (CityU) have received funding from the Research Grants Council (RGC) Collaborative Research Fund 2008-09 totalling HK$16.2 million. CityU was granted the highest amount of funding among the local universities this year and its application success rate was also the highest.

"This is a testimony to the diverse and outstanding research abilities of CityU and is surely a boost to collaboration among institutions of higher education in driving research that could ultimately yield an array of discoveries or improvements on current and developing technologies,” said Professor Roderick Wong Sue-cheun, Vice-President (Research and Technology).

The projects will be led by CityU, in cooperation with other universities locally and around the world. 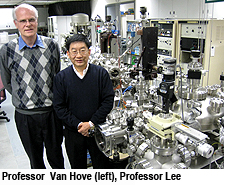 CityU researchers are at the forefront of transforming the way in which ubiquitous nanotechnology can be further advanced. Two complementary research projects were grant recipients.

The first project, awarded $7.4 million, furthers the study of nanomaterials and their broad potential to impact on many modern technological advances. It is a unique and innovative project that analyses and improves nanostructures. By fabricating and modifying nanoplatforms, this project has major medical ramifications in terms of combating bacterial activity. The project is titled Studies of Fundamental Properties of Nanosurfaces and Selected Applications.

The work into nanocrystal shape also has implications for improving the efficiency of solar cell energy generation. This research project into the surface science of nanaocrystals is carried out in an ultra high vacuum devoid of foreign atoms in order to complete research that has yet to be carried out elsewhere for any nanoparticles.

"This represents a unique combination of complementary experts with world-class talent and knowledge that could lead to a possible revolution in nanoscience and its subsequent areas of application,” said Professor Michel Andre Van Hove, Head of the Department of Physics and Materials Science. 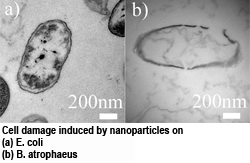 The second project, awarded $5.6 million, is titled Study and Engineering of Surface-dependent Properties and Core-shell Composite Structures of Nanomaterials. CityU researchers are applying their own patented techniques to unlock the secrets of how these nanostructures can be best applied.

Depending on the surface properties of different nanomaterials, such as texture, shape and composition, researchers will be able to develop nanodevices that result in better solar cells, improved water filtering techniques, more efficient lubricants. It also has major medical implications in developing nanodevices to combat viruses.

"CityU has developed very special and specific methods of looking at the surface of nanomaterials. We have also devised methods that control the composition, size, texture and subsequent performance properties of these surfaces,” said Professor Lee Shuit-tong, from the Department of Physics and Materials Science. 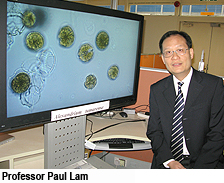 CFP and PSP, two major seafood-toxin illnesses prevalent in Hong Kong and the mainland, are increasingly evident globally. Methods for the detection of PSP toxins in seafood have been established, but those for the detection of CFP toxins have not yet been fully developed, because these toxins are structurally complex and analytical toxin standards are difficult and expensive to isolate or synthesise. 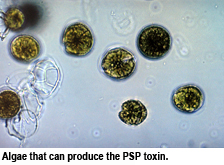 "One of our objectives is to develop simple, cheap and rapid tests for both CFP and PSP to protect human health. These methods will provide accurate tools for the detection of CFP toxins for research, human health and risk assessment and regulatory purposes,” said Professor Paul Lam Kwan-sing, from the Department of Biology and Chemistry and leader of the project.

"The test will only need a small amount of tissue or blood taken from the tailfin of a live fish, so that CFP can be identified before potentially tainted fish are served,” said Professor Lam. The result can be obtained in about one to two hours.

The research team has reached an agreement with the Government of the Republic of Kiribati, an important supply of coral reef fish, for members to collect fish species for the purpose of conducting the research.