Education in an era of globalization

As it strives to transform into a city capable of meeting the demands of globalization and the information age, the Government of Hong Kong has paid particular attention to education over the past few years. 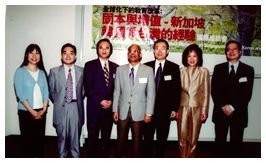 To help keep primary and secondary school principals abreast of new developments, 's Education Department and CityU's Department of Public and Social Administration and Comparative Education Policy Research Unit (CEPRU) organized two education forums on 27 and 29 June. Educational reforms in and other countries in the region were featured at the forums. 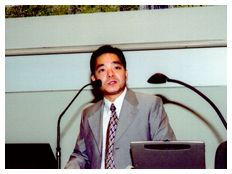 "Different stakeholders in society have heightened their expectations about educational reform in ," said Dr Joshua Ka-ho Mok, convenor of CityU's CEPRU, at the opening of the "Regional Forum on Educational Reform & Policy Change in East Asian Tigers" forum on 27 June. "It is important for school principals to have a better understanding of the latest developments of education reforms in other countries so that they can have a comparative perspective."

More than 550 principals from 's primary and secondary schools attended the 27 June forum and the "International Forum on Education Reforms in , and " on 29 June at CityU. 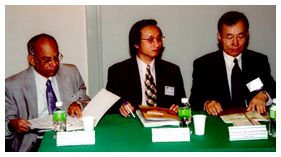 Speakers included Professor S Gopinathan, Dean of Foundation Programmes at the National Institute of Education, Nanyang Technological University in Singapore, Professor Byong-sun Kwak, a renowned specialist on curriculum and education reform in South Korea, and the former President of the Korean Educational Development Institute, Professor Fwu-yuan Weng from the National Chi Nan University in Taiwan, and Professor Kwok-wah Cheung, Associate Dean in the Faculty of Education at the University of Hong Kong. 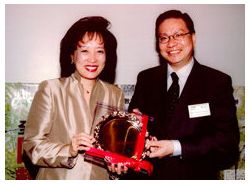 The four education specialists examined the objectives and directions of educational reform in their respective societies under the worldwide trend of globalization. The forum on 29 June also marked the end of the Leadership Training Programme for School Principals, which was commissioned by the Education Department and planned and coordinated by Professor Anthony Cheung and Dr Joshua Mok, both of CityU's Department of Public and Social Administration. At the closing ceremony on 29 June, Dr Rosanna Wong, Chairman of the Education Commission, HKSAR, urged the principals to build common visions with their colleagues and to be better leaders in guiding 's younger generation into a new era of challenge.

A further symposium, "Globalization & Educational Governance Change in ," was held 28 June at CityU. Organized by CEPRG, the Hong Kong Educational Research Association and the Comparative Education Society of Hong Kong, it also focused on regional educational reform in an era of globalization.