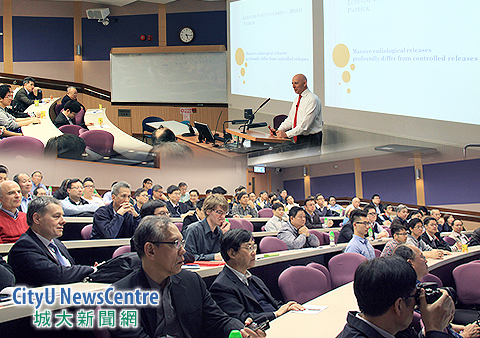 A leading French economist from the Institute for Radiological Protection and Nuclear Safety (IRSN) in France gave a talk at City University of Hong Kong (CityU) on 8 April on the economic impact of a nuclear accident.

Mr Patrick Momal discussed research at the IRSN that may reveal the structure of the costs of such an accident and its global impact, comparing the consequences of two types of nuclear crisis: controlled release and massive release. He argued that while experts had focused on various aspects of a nuclear accident, they had not yet provided enough of a global picture of the major consequences for the whole planet.