CityU reaches out to prospective students at information day in Shanghai 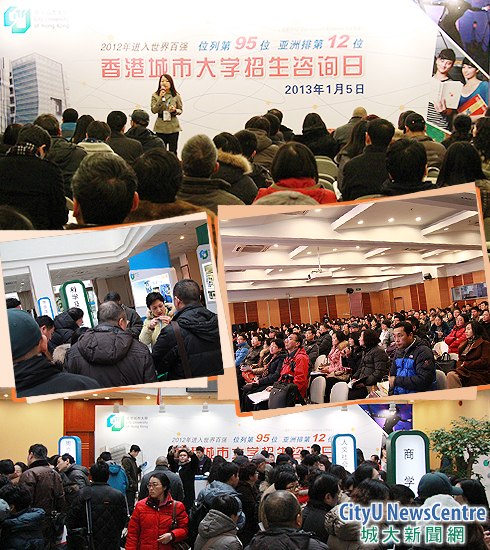 On 5 January, City University of Hong Kong (CityU) hosted a solo information day in Shanghai. The event attracted a packed audience of 700 prospective students and their parents, who came from Shanghai and the neighbouring provinces of Jiangsu, Zhejiang and Shandong, as well as further-flung provinces such as Shanxi, Qinghai, Sichuan and Guangdong.
This was the second consecutive year for the recruitment event, which was organised by CityU’s Mainland and External Affairs Office. Visitors were able to talk to 21 faculty and staff members from various colleges and schools and learn more about studying at CityU and its undergraduate and post-graduate programmes.

CityU plans to recruit about 200 undergraduate students from 31provinces and cities in mainland China in 2013.