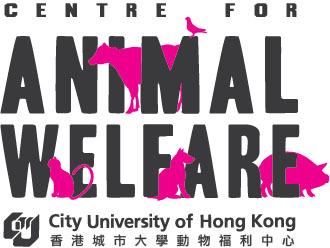 It is a sine qua non of the modern veterinarian that the welfare of animals under his or her care and the promotion of animal wellbeing are a lifelong vocation. This approach to animals is not a recent development but has its origins far back in history as illustrated by many different religions and cultures. To give an ancient illustration, the founder of Buddhism in India is quoted as saying "When a man has pity on all living creatures, then only, is he noble.”

What has changed is the advent of science in the 18th century. The scientific method has given us tools by which we can answer qualitative and quantitative questions such as: Is the procedure painful or not? And if so, how painful is it? Or, is this way of managing animals stressful or not? And if stressful how stressful is it? How does it compare to other stresses in life? It is no coincidence therefore that the first modern veterinary schools were founded in this same century.

Throughout the 19th century and the first half of the 20th century major advances in animal welfare were made mainly in the control of major animal diseases and the increased knowledge in the correct way to manage, feed, nourish and look after animals. However, by the second half of the 20th century, critics of the veterinary profession pointed out that while there had been many advances, the veterinary profession’s work with animal welfare was haphazard and lacked focus. Therefore the profession, while reasonably knowledgeable about animal welfare as individuals, was poor at presenting and explaining animal welfare issues to society as a whole. This left society in unnecessary ignorance and increased the risk of people not looking after their animals properly.

An example of the profession's response to this was the creation in 1986 of the first Professor of Animal Welfare at Cambridge University, Professor Donald Broom. Now all vet schools have staff who make significant contributions to both the teaching of animal welfare and animal welfare research. As a result many societies in this world are much better informed about animal welfare issues.

The Department of Infectious Diseases and Public Health recognises these matters as being fundamental to its aims. It has therefore set up a Centre of Animal Welfare which can therefore trace its lineage from the original historical origins of man’s caring for animals, through the dawn of modern science, the creation of modern veterinary schools worldwide, to the present day with the rapid development of animal welfare science. Evidence of this commitment is the International Animal Welfare Symposium held at City University of Hong Kong in November 2013 where most appropriately Donald Broom was a keynote speaker. And in 2016, an Animal Welfare Series of talks took place at City University of Hong Kong.

In addition, the Department of Infectious Diseases and Public Health considers that the Centre has a central and strategic role to improve the knowledge base of societies in this region with regard to animal welfare, since it is the only centre of its kind in this region. A region which holds a significant fraction of both the domesticated animal and human populations of the world. This is in line with the World Organization for Animal Health (OIE) statement made at the Third OIE Global Conference on Animal Welfare held in Kuala Lumpur in 2012. There is a "need to promote scientific research, capacity building, education and communication in the animal welfare area". The Centre of Animal Welfare will through the University environment bring together cross-disciplinary, world class researchers to meet the wide range of animal welfare issues present in Hong Kong and South East Asia.

Aquaculture is one of the oldest animal production industries yet the development of intensive aquaculture is a very recent phenomenon, which has only really taken off since the early 1980s. Since then, aquaculture has been the fastest growing animal production industry in the world. With an average annual growth of around 10% the global aquaculture industry is now larger than the beef industry and in 2012 even exceeded the size of capture fisheries (i.e. wild caught aquatic products) with global production peaking in the 1990s. With such rapid growth and intensification, sustainability has become a real challenge for the industry.

Aquaculture in Asia and Mainland China now accounts for over 60% of global production. It employs millions of people and provides an important source of protein, especially in less developed countries. Since fish are poikilotherms and do not have to expend any energy in keeping their bodies at a certain temperature, unlike mammals, fish are able to convert food into edible mass much more efficiently than other domesticated livestock.

Being geographically located in the centre of the Asian aquaculture industry presents the Jockey Club College of Veterinary Medicine and Life Sciences at City University of Hong Kong with a unique opportunity to assist this industry with its fish health needs. As such, we have identified aquatic animal health as one of the subject areas for our veterinary programme. Students will have ample exposure and training in aquatic animal health so that the next generation of veterinarians can aid farmers in aquatic animal disease diagnosis as well as treatment and control of infectious and non-infectious conditions affecting aquaculture species.

Over 70% of infectious diseases which have emerged during the last 50 years have been zoonotic (able to be transmitted from animals to humans). Hong Kong has been at the centre of two such incidents, one was the first avian influenza outbreak in 1997 and the other the SARS outbreak in 2002/3, both involving human fatalities. We have since come to the realisation that intensification and concentration of livestock-associated food production together with highly concentrated human populations in an increasingly urbanised and inter-connected world have resulted in a global, highly complex eco-social system within which the risk of emergence and spread of new and existing infectious diseases is greatly increased.

Effective management of these risks requires interdisciplinary professional skills that acknowledge the system connectedness and thereby are able to examine and manage the interaction between the eco-social system’s environmental, animal and human dimensions. Through their intensive professional training in companion and food animal health, veterinarians work at the interface between humans, animals and the environment, and therefore play a key role in the fight against zoonotic disease risks. By detecting outbreaks of zoonotic diseases early on in animal populations, veterinarians are our first line of defence for protecting human health. Veterinarians save human lives by working at every level of disease detection, from farm to national and global level surveillance, through disease diagnostic testing, research, regulatory veterinary medicine, and disease outbreak emergency response and control. Veterinary input into the management of major disease control programmes has resulted in the successful eradication of zoonotic diseases in many countries, including Hong Kong, such as bovine tuberculosis, brucellosis, rabies, trichinellosis and echinococcosis.

Hong Kong is often touted as a gourmet paradise, yet Hong Kong imports most of its food, leaving it vulnerable to the food-producing standards of countries where it sources its produce. During the first decade of the new millennium, Hong Kong was subject to numerous food safety incidents, such as melamine in milk and malachite green in fish, to name just two. In situations where a territory is highly dependent on imported produce, it is imperative that the appropriate professionals are involved in risk assessment, sampling, testing and plant inspection, but most importantly that they are intimately involved in primary production, the "farm to fork" approach or "healthy animals give healthy food" approach.

With varying standards of veterinary medicine in the region, and faced with an impossible task to inspect each and every part of food production ourselves, the Jockey Club College of Veterinary Medicine and Life Sciences can now make huge inroads into improving standards in food safety in Hong Kong and the region.

Unlike most developed countries, Hong Kong currently has no privately practicing veterinarians who primarily work on farms or food safety. Yet there are still 43 pig farms and 30 poultry farms without proper veterinary care which feed the local population. The lack of clinically practicing veterinarians in this field poses a risk for food safety given that 57% of live poultry consumption and 7% of live pig consumption is from Hong Kong livestock. Even if local farmers wanted to practice the 'farm-to-fork' food safety principles, the lack of veterinarians makes this impossible.

Furthermore, there are no veterinary inspectors within the slaughterhouse post-mortem inspection line, which differs from the standards of most developed countries that require veterinarians by law to inspect meat products during the slaughter process prior to marketing and consumption.

As most of our food is derived across international borders and from Mainland China, there is a need to ensure that imported food is of highest quality by emphasizing the important roles of veterinarians through education. Other examples of recent food scares include radiation contamination in fish, toxins in shellfish, Sudan red in chicken eggs, pesticide residues in vegetables, E.Coli STEC 0157 in beef products, Streptococcus suis in pigs and Beta agonists such as clenbuterol in pork.

Veterinarians are involved in all aspects of food safety, e.g. monitoring of livestock farms, animal marketing, control of slaughter, processing of animal products, importation, distribution, risk assessment and risk communication. Although veterinarians employed by the Food and Environmental Hygiene Department (FEHD) are required by many overseas health authorities such as the European Union to certify food products for export (e.g. mooncakes, which contain duck eggs), we do not require such certification or safety checks for our own consumption in Hong Kong.