Professor Alex Jen is the Lee Shau Kee Chair Professor of Materials Science and Chair Professor of Chemistry and Materials Science of the City University of Hong Kong. He serves as the Director of a newly established University Research Institute in CityU, Hong Kong Institute for Clean Energy. He also served as the Provost of CityU during 2016-2020. He received his B.S. from the National Tsing Hua University in Taiwan and Ph.D. from the University of Pennsylvania in USA. Before arriving the CityU, he served as the Boeing-Johnson Chair Professor and Chair of the Department of Materials Science & Engineering at the University of Washington, Seattle. He was also appointed as Chief Scientist for the Clean Energy Institute endowed by the Washington State Governor. He is a distinguished researcher with more than 1000  publications, 75,000  citations, and an H-index of  140  . He has co-invented 63 patents and invention disclosures. His interdisciplinary research covers organic/hybrid functional materials and devices for photonics, energy, sensors, and nanomedicine.

For his pioneering contributions in organic photonics and electronics, Professor Jen was elected as an Academician by both the European Academy of Sciences and the Washington State Academy of Sciences. He is also a Fellow of several professional societies, including AAAS, MRS, ACS, PMSE, OSA, SPIE. He was named by the Times Higher Education (THE) in 2018 as one of the “Top 10 university researchers in Perovskite Solar Cell Research”. In addition, he was recognized by Thomson Reuters as one of the "World’s Most Influential Scientific Minds of 2015 and 2016 and as a "Highly Cited researcher" in materials science from 2014-2020.

He was also appointed as the Changjiang Endowed Chair by the Ministry of Education, Chair Professor (Zhejiang Univ.), the World Class University Professor by the Korean Research Foundation, and the Distinguished Chair Professor by the National Taiwan University. He also demonstrated strong capability in technology transfer involving in four start-up companies, and was the founder of the Institute of Advanced Materials for Energy (i-AME) of the University of Washington. 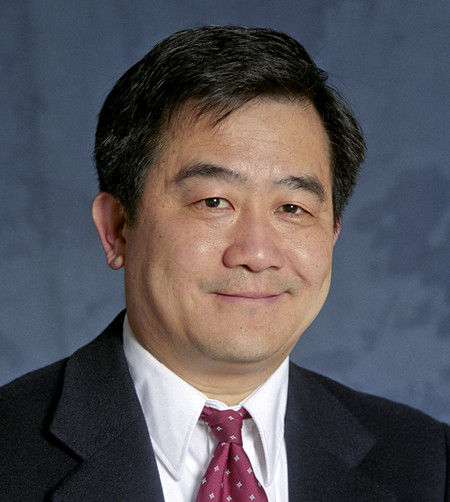 Employing the “molecular engineering” approach to tailor size, shape, sequence, and functionality of organic/hybrid functional materials and explore their applications.