Optical HARNET: The next generation networking technology (30-09-2006)
Upgrade of the HARNET/Internet Infrastructure (31-12-2001)
Network and Infrastructure

by C Y Kwok
SHARE THIS
In order to cope with the ever increasing demands for Internet bandwidth of HARNET (Hong Kong Academic & Research Network) member institutions, especially in anticipation of new demands due to increased number of students arising from the 3-3-4 curriculum reform, a series of upgrades were carried out on HARNET last year. Apart from increasing the bandwidth of the various Internet links, the central routers were also upgraded as their hardware throughput could no longer sustain the increased bandwidths. The upgrades include: 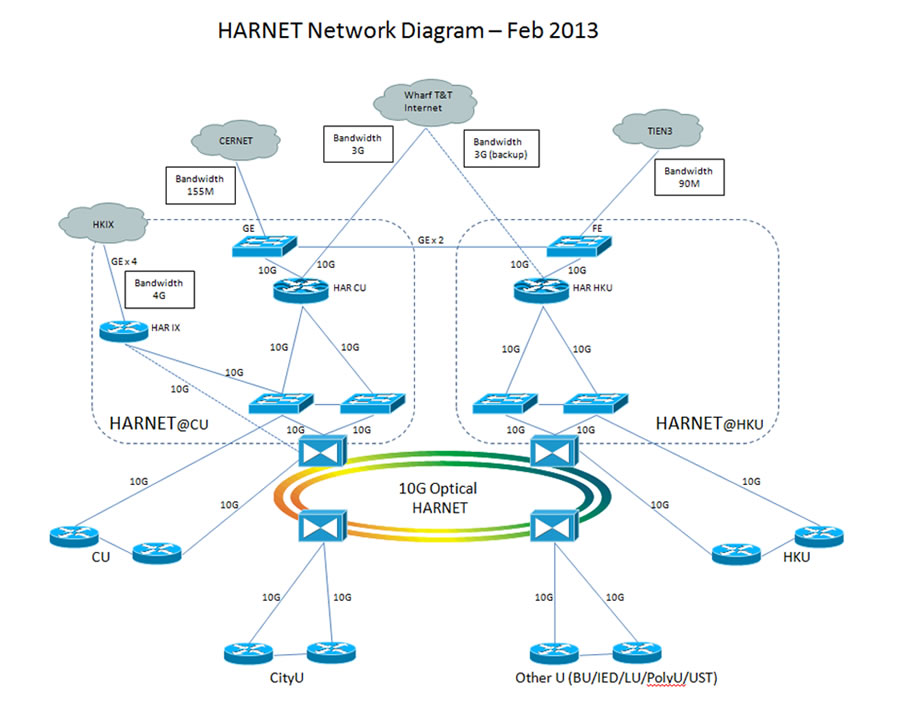 In addition to the aforementioned upgrades, 3 GGC (Google Global Cache) servers were installed in Sep 2013 on the HARNET backbone network to improve performance and save Internet bandwidth by caching popular Google and YouTube content locally.